Amazon CEO Jeff Bezos finalized his divorce with wife MacKenzie Bezos and as part of this divorce settlement,  MacKenzie will end up with a stake in Amazon worth over $35 billion

As we know, Amazon CEO Jeff Bezos finalised his divorce with wife MacKenzie Bezos and as part of this divorce settlement,  MacKenzie will end up with a stake in Amazon worth over $35 billion.

READ | Amazon CEO Jeff Bezos is getting divorced, leaving his wife a stake worth over 35 billion dollars

Jeff and MacKenzie Bezos have four children. They first announced they were divorcing in January.

The divorce is expected to complete in about 90 days. MacKenzie Bezos will then have a 4% stake in Amazon. Jeff Bezos will have a 12% stake in the company, valued at more than $108 billion.

According to a filing with the Securities and Exchange Commission, Jeff Bezos will be Amazon’s largest shareholder, and he will also keep voting control of MacKenzie Bezos’s shares.

Who is MacKenzie Bezos?

How did Jeff and Mackenzie meet? 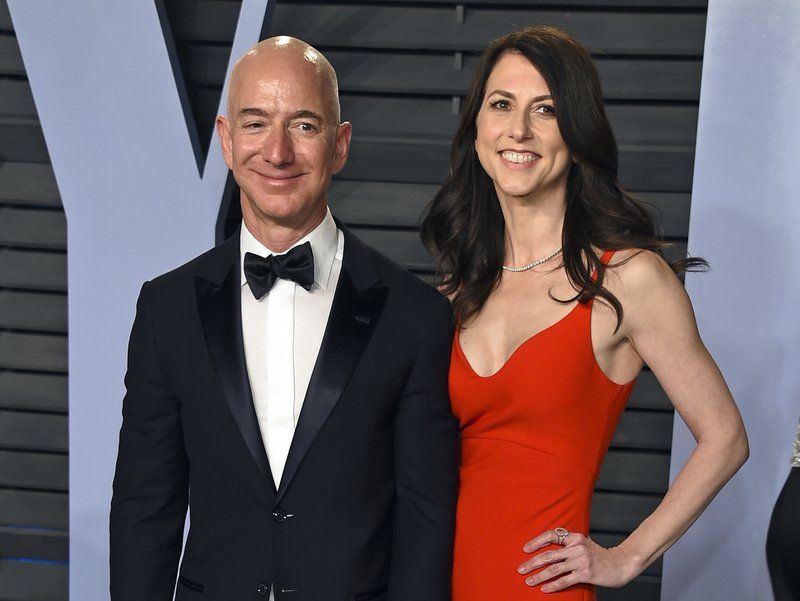 Jeff and MacKenzie Bezos had been together for 25 years of their marriage, which played a very important role in creating Amazon. Jeff and MacKenzie met in New York in the early 1990s while working at a hedge fund. They married just six months after they began dating in 1993.

Not long after that, Jeff quit his job to start an online bookstore and the Bezoses took a cross-country road trip to Seattle, which was chosen for its high number of technology workers. While his wife did the driving, Jeff Bezos laid out a business plan.

By 1995, Amazon was operating out of a garage, with MacKenzie Bezos helping out.

Just after Jeff Bezos announced he is divorcing with MacKenzie in January, National Enquirer published a story that said Jeff Bezos was having an affair with a former TV host.

Jeff later accused the tabloid’s publisher of threatening to publish explicit photos of him unless he stopped investigating how the Enquirer obtained private messages between himself and his lover.

(With inputs from AP, Bloomberg)