Popular photo and video sharing platform, Instagram was down for several users across the world, mainly the United States and the United Kingdom. 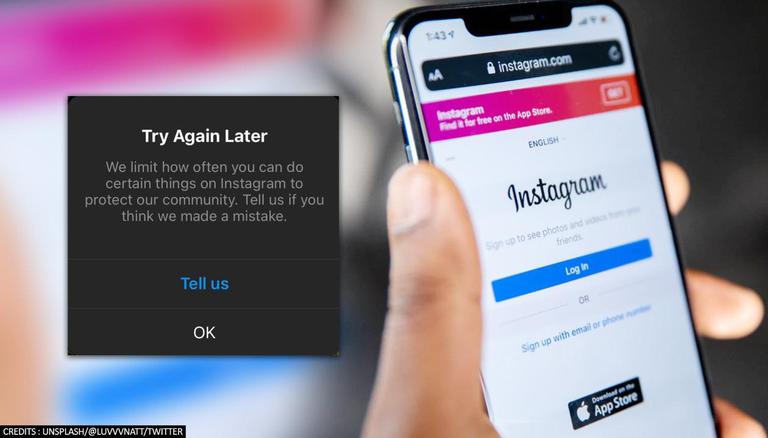 
Popular photo and video sharing platform, Instagram was down for several users across the world, mainly the United States and the United Kingdom. On Monday night, many users reported that the app was down even as it was partially working for some people. Several users reported that they were not able to access many features, while some stated that Instagram highlighted the 'try again later' message on their screens.

According to users, some features of the app were down while others were limited. Even so, the outage was not related to the user's account. In United States, the mass outage was reported from New York, Los Angeles, and Washington DC. According to Downdetector, the most reported issue was the glitch in the news feed, followed by stories and the Instagram website. Users soon took to the micro-blogging platform Twitter and used the hashtag '#Instagramdown' which started trending.

Snapchat: yo bro it got to you too??

Me each time I open Instagram and it’s still down #instagramdown pic.twitter.com/mu2GXrMxOO

In a bid to protect its young users, Instagram has recently updated its privacy policies. The Facebook-owned platform has apparently indicated that users below the age of 16 will have to change their privacy options to private by default. The picture-sharing app has also confirmed that they will restrict advertisers so that they cannot reach young users. However, for those existing users who are below the age of 16, with a public account, the company will not force them to switch to private. Instead, the application will show them a notification highlighting the need for a private account and how to change their privacy settings. Apart from this, the updated privacy policy of Instagram and Facebook also states that a user whose age is below 13 years will not be allowed to create an account on Facebook or Instagram.