Taliban Targeting US 'collaborators' Discreetly; Will Execute Unless They Surrender: UN

As chaos ensues in Kabul with the Taliban carrying out door-to-door searches, the UN said unless they surrender willingly, Taliban will prosecute US supporters 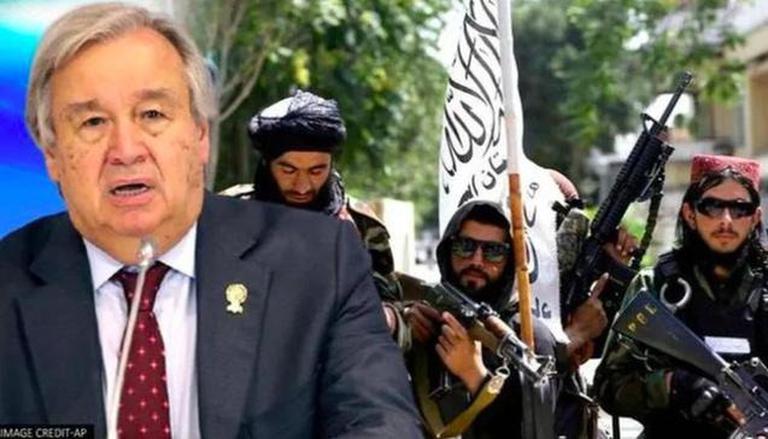 
Taliban was intensifying the hunt for Afghans who worked for the NATO and US forces, UN warned in a document, prompting the Facebook to introduce new security measures to tighten the privacy of the Afghan nationals. In a major step to protect Afghan people from Taliban retribution, for instance, introduced a one-click tool for Afghan nationals to lock down their profiles instantly as well as hide “friends” lists and restrict content otherwise on public view. The social media platform also banned the Taliban linked account in an attempt to suppress the reprisals against the Afghans having connections with the West.

Despite promising that there would be "no revenge" at a press event earlier, the hardline Islamist group was targeting "collaborators" discreetly, a confidential document by the RHIPTO Norwegian Center for Global Analyses, an intelligence wing of the UN revealed. Unless they surrender willingly, the Taliban will behead, execute, prosecute and shoot families of those who assisted the US troops during the deployment of the foreign forces on Afghan soil. Those on the Taliban's blacklist were in grave danger, the intelligence warned in the report to the UN.

Acting on the UN's report, the social media companies including Facebook scrambled to put in place security measures to help encourage the safety of the people in Afghanistan. Reports emerged that the Taliban was conducting home raids and door-to-door searches tracing perpetrators via US biometrics records, digital databases and social media. Facebook has made changes to the accounts whose location traced back into Afghanistan, implementing the requests that poured in from the stranded journalists, Afghan interpreters and civil society groups in Kabul.

NBC reported earlier that panicked Afghans were deleting accounts from their social media in fear of Taliban terror. Any photo or text on the Facebook account that depicted their links with West may lead to harrowing consequences for their physical safety. Many of those that were the most frightened were the Afghans loyal to the ousted Ashraf Ghani government or the Afghan military.

When Afghans use social media safety tools such as the recently introduced one-click tool to lock their accounts, nobody would be able to download or share their profile photo or see posts on their timeline, Facebook's head of security policy Nathaniel Gleicher wrote on Twitter.  As chaos ensues in Afghanistan with the Taliban carrying out a home-to-home manhunt, Gleicher explained that people must utilize Facebook tools to avoid being targeted or traced via social media. Facebook asked those outside Afghanistan to educate their friends in the country to tighten visibility settings on Facebook accounts for more safety. Taliban has been banned officially from Facebook platforms, including WhatsApp.

Having earlier killed India's journalist for Reuters Danish Siddiqui, the Taliban has now been raiding homes of several on-field reporters. On Sunday, August 15, German broadcasters Deutsche Welle (DW) and other major German news media wrote an urgent letter to Germany's Merkel government to help evacuate their Afghan staff back to Germany and expedite the visa process for Afghani media staff that were hiding. In midst of the appeals, the Taliban on August 20, Friday killed a family member of a journalist for DW as they barged into his home asking for the reporter's whereabouts. As one relative was shot in the head on spot, one other was injured while the rest managed to flee at the last minute and have been since on the run, a DW article revealed.

''Life in Kabul has become extremely risky for employees of international media organizations," the letter's content dispatched to the German government, accessed by multiple news outlets read. "There are growing concerns that the Taliban will take revenge against our employees," and the "lives of these freelance [Afghan] staff are now in acute danger," the letter signed by scores of press signatories addressed to German Chancellor Angela Merkel and Foreign Minister Heiko Maas, stated.