China's move of banning TikTok influencers from promoting cryptocurrency, share trading, and BNPL services is being seen as a huge setback for financial firms. 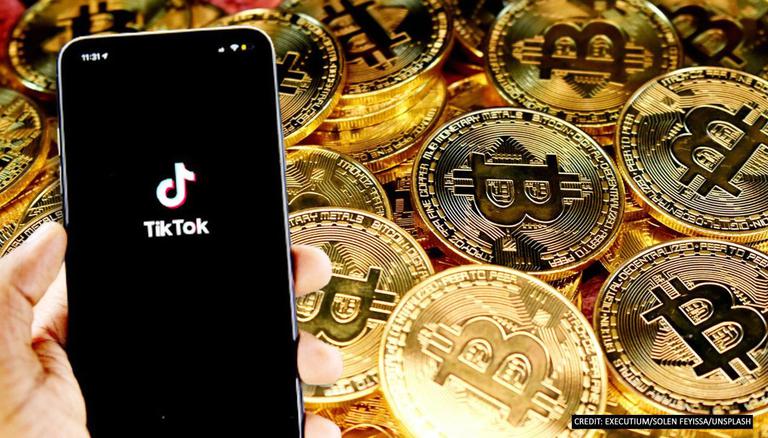 
In a big move, China-owned video-sharing app TikTok has banned cryptocurrency promotion on its platform citing the increasing cases of fraud, scams, and dishonest behavior amongst its users. The company has revised its guidelines under the "Globally Prohibited Industries" policy to ban the promotion of cryptos such as Bitcoin and Dogecoin, along with videos on share trading, and buy-now-pay-later (BNPL) schemes.

According to reports, the platform was becoming a place for growing scamsters who gave misleading and unregulated financial advice about investing in assets like Bitcoin and Dogecoin to the relatively young audience of the video-sharing app. These young investors would often fall prey to schemes without understanding the nitty-gritty of the markets.

China's move of banning TikTok influencers from promoting cryptocurrency, share trading, and BNPL services are being seen as a huge setback for financial firms who were using its platform and influencers for quick and easy advertising.

According to the policy guidelines, 'branded content promoting financial services and products are prohibited, including but not limited to loans and credit cards, buy now pay later (BNPL) services, trading platforms, cryptocurrency, foreign exchange, forex trading, and so forth. However, the platform will still allow financial services companies to advertise to people over the age of 18.

It is important to mention that the new policy does not affect India or Indian users since TikTok was banned along with 250 other Chinese applications by the Indian government in 2020 over charges of infringing national security and data breach. Since then, the Indian IT department has taken several measures to make social media platforms more accountable, in general, and has also released a new set of guidelines that applications have to comply with.

READ | Will TikTok be relaunched in India? ByteDance officials offer compliance to new IT rules

When it comes to the latest TikTok news, reports had claimed that the company recently hired a grievance and nodal officer in India to comply with the new IT rules. However, it is unlikely that ByteDance can reintroduce TikTok in India given its Chinese origins and the current diplomatic relations between the two nations which have continued to remain tense after the Galwan Valley clashes.