Tokyo Olympics: Here Are The Most Talked-about Sports, Athletes & Trends On Twitter

The nation had many moments to celebrate as athletes did us proud. Here is what the nation talked about the most when it came to Team India at Tokyo Olympics. 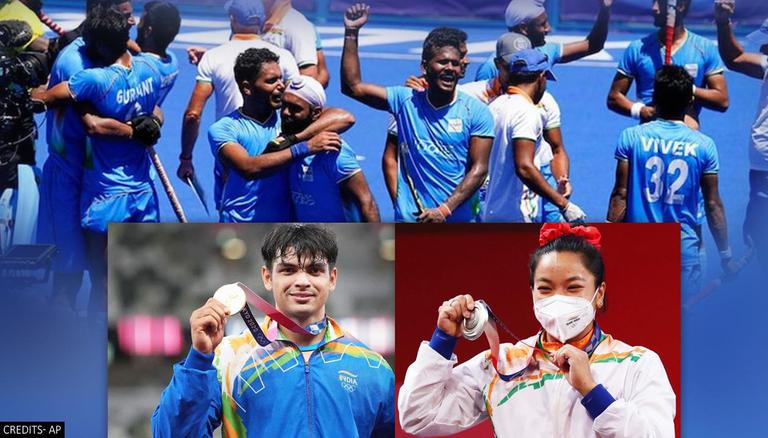 
India recorded its best-ever Olympic run at Tokyo 2020, outshining its past performance and shattering several records. From clinching its first Gold in athletics in 100 years, to crossing its previous medal tallies, the nation had many moments to celebrate as Indian athletes did us proud at the global stage. Here is what the nation talked about the most when it came to Team India at Tokyo 2020.

Indian Hockey Teams did wonders in Tokyo Olympics 2020. From the women's team reaching the semi-finals to the men's team clinching a medal after 41 years, there's no surprise over why hockey became the most talked-about Olympic sport on Twitter in India. The sport saw an increase of 134% compared to the Rio Olympics in 2016. Other sports that recorded a voluminous increase in conversations were javelin throw (+5631%)  - India’s golden sport for the year, golf (+703%) - with Aditi Ashok (@aditigolf) becoming the first Indian golfer to represent the country at the Olympics, and fencing (+1086%) - another new sport for India at the Olympics.

Indian women athletes performed outstandingly well in sports this year which is why Saikhom Mirabai Chanu, Lovlina Borgohain, and Rani Rampal continued to be some of the most tweeted about Indian athletes with sports enthusiasts supporting #TeamIndia at the Games. However, it was Neeraj Chopra (@Neeraj_chopra1) who broke another record, this time on social media, to become the third most talked-about athlete globally. These were the most mentioned Indian Olympic athletes-

READ | PV Sindhu opens up about Tokyo Olympics 2020, striking a balance and her future plans

To stay connected to relevant conversations, Indians Tweeted with hashtags to cheer for Team India. These were the most Tweeted hashtags on Twitter in India in relation to the Tokyo Olympics -

READ | Aditi Ashok reflects on her Tokyo Olympics experience; 'Not winning made me emotional'

Moments of joy in Tokyo gave us a whirlwind of emotions and when words are not enough, what better way to express feelings than to use Emojis? Here are the following emojis that were Tweeted the most -

Neeraj Chopra of #IND takes #gold in the #Athletics men’s javelin final on his Olympic debut!

He is the first Indian to win an athletics medal and only the second to win an individual medal!@WorldAthletics | #StrongerTogether | #Tokyo2020 | @WeAreTeamIndia pic.twitter.com/zBtzHNqPBE

Neeraj Chopra had broken a 13-year-old jinx to become the second Indian to grab a Gold medal for India in the Olympics after shooter Abhinav Bindra. This is why there is no surprise that Neeraj Chopra’s (@Neeraj_chopra1) Tweet expressing gratitude to Indians for supporting his gold-winning Olympics journey was the most Liked and Retweeted Tweet among Olympics conversations in India.

Still processing this feeling. To all of India and beyond, thank you so much for your support and blessings that have helped me reach this stage.
This moment will live with me forever 🙏🏽🇮🇳 pic.twitter.com/BawhZTk9Kk