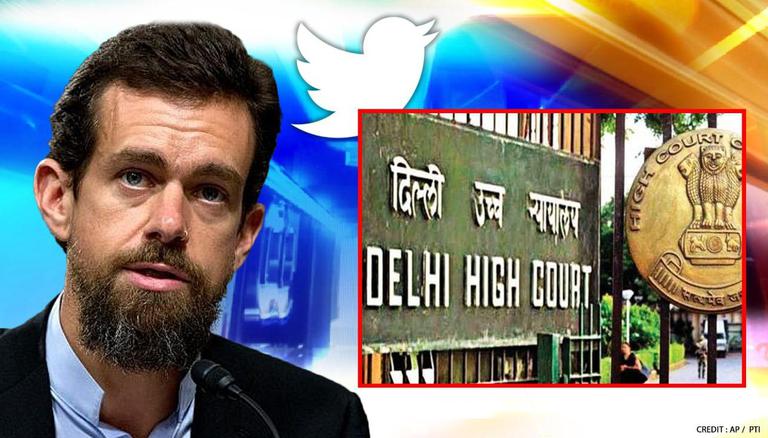 
US-based microblogging site Twitter has responded on the row over its non-compliance with the new Information Technology (Intermediary Guidelines and Digital Media Ethics Code) Rules, 2021,  after a stiff faceoff between the central government and the San Francisco-based site. A Twitter spokesperson on Monday in an official statement said that the social-networking site 'strives to comply with applicable law in India' reiterating its stance that it will continue to protect the freedom of expression, though, as has been mentioned at various levels, that the compliance with the guidelines has little to do with freedom of expression and the others platforms have all done so without flagging such concerns.

The Delhi High Court on Monday adjourned the hearing on the plea against Twitter for purported non-compliance with the Centre's new IT rules until July 6. The petition filed by advocate Amit Acharya argued that Twitter must perform its statutory and executive duties as it is a "significant social media intermediary" as per the Information Technology (Intermediary Guidelines and Digital Media Ethics Code) Rules, 2021. Notably, At the outset, Justice Rekha Palli made it clear that the microblogging service has no choice but to comply if the rules are in place.

After the Delhi High Court on Monday issued a notice against Twitter, its official spokesperson released an official statement and said, "Twitter strives to comply with applicable law in India. We continue to be strictly guided by principles of transparency, a commitment to empowering every voice on the service, and protecting freedom of expression and privacy under the Indian law."

It is to be noted that on May 25, Twitter released a statement affirming that it will strive to comply with the guidelines. Expressing commitment towards protecting freedom of speech and privacy, a Twitter spokesperson revealed that the microblogging service plans to talk to the Union government for amending certain clauses of these regulations which restrict a free conversation on the platform. Lamenting the purported use of "intimidation tactics" by the police, it back a collaborative approach to safeguard the interests of the people.  Taking strong objection, the Ministry of Electronics & IT dubbed the company's statement as an attempt to dictate terms to the world's largest democracy.

READ | 'Does it need a UPSC exam?': RS Prasad questions delay in Twitter's adherence to IT rules

On Saturday, Union IT Minister Ravi Shankar Prasad in an exclusive interview with Republic Media Network had reiterated that the government of India has no intention of invading any rights.

While Twitter expressed concern over the right to privacy, Union IT Minister Ravi Shankar Prasad in an exclusive interview with Republic TV reiterated that the government has no intention of invading anyone's privacy. "First of all, you should understand what we are seeking. All the social media platforms may it be  Twitter, Facebook, WhatsApp or LinkedIn are having good business in India. They have also empowered ordinary Indians. I must acknowledge today on Republic TV that the government of India acknowledges the ordinary Indians to ask questions, criticise the government including the Prime Miniter. The issue is not the use of social media but it is the abuse of social media. What should I do if a distorted mother approaches me as an IT Minister that ex-lover of her young daughter is pushing all on the social media and making it viral?" said Ravi Shankar Prasad.

"Use social media, ask questions let them criticise but have a forum for grievance redressal in case of abuse and misuse of social media," added Ravi Shankar Prasad.

WE RECOMMEND
NCPCR asks Delhi Police to file FIR against Twitter; seeks ban for kids until deemed safe
Twitter trying to dictate terms to world's largest democracy: Centre unsparing in counter
Twitter Spaces vs Clubhouse: What is the difference between Twitter Spaces and Clubhouse?
'Does it need a UPSC exam?': RS Prasad questions delay in Twitter's adherence to IT rules
Twitter has to comply with new IT rules, observes Delhi HC; issues notice & adjourns case