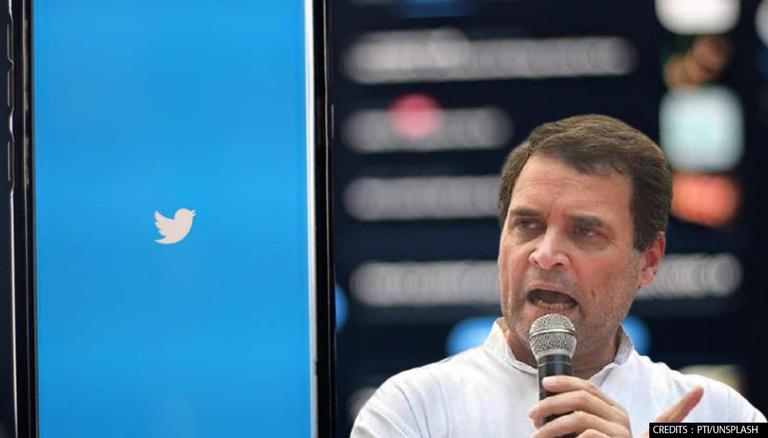 
A week after blocking Congress Party leader Rahul Gandhi's Twitter account, the microblogging site on Saturday unblocked his handle, informed a party functionary. Sources also informed that the Twitter accounts of some of the party leaders who had shared the same pictures have also been restored. It is important to mention that the move was taken on the day when the Congress party started a campaign against the Bharatiya Janta Party (BJP) and asked Twitter to not be scared of the ruling party.

▪️Why did you lock my account, in the first place if you could just remove my post?
▪️I neither deleted the post, nor appealed, why have you restored my account now?
▪️Whose pressure are/were you working under? pic.twitter.com/JeevjE6g7W

A day ago, Rahul Gandhi had broken his silence over being blocked on Twitter and issued a statement lashing out at the micro-blogging site. Claiming that Twitter was making it it's business to define Indian politics, he said he did not like that. Stating that by blocking him Twitter had attacked the democratic structure of the country, he said that it was shutting down not just him, but his followers too.

It was due to the legal violation and sensitive matter of the Delhi rape case. Rahul Gandhi had posted a picture of the family of a 9-year old who was allegedly raped and murdered in the Delhi Cantt area, violating the policies of the social media giant. The National Commission for Protection of Child Rights (NCPCR) Chief Priyank Kanoongo had also taken up the matter with the Delhi police. Slamming Gandhi for revealing the identity of the victim's family through his post the NCPCR Chief added that anyone violating rule of law will face strict charges.