Twitter To Introduce 3-tier Labelling System To Combat Misinformation, Here's What It Is

*We will continue to introduce new labels to provide context around different types of unverified claims and rumors as needed," Twitter said in a blogpost. 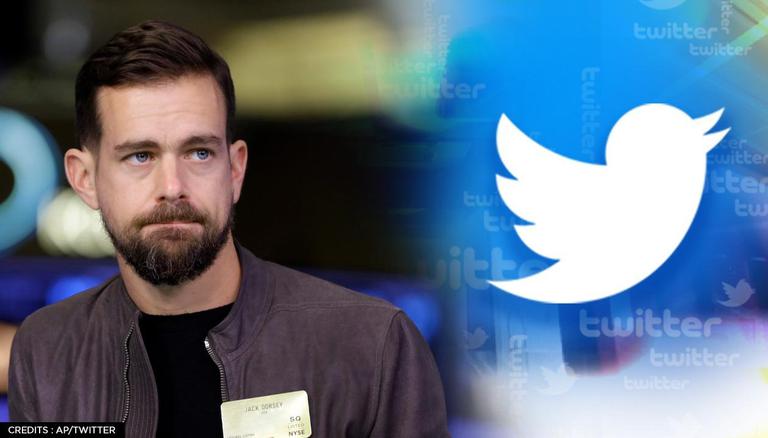 
Twitter is implementing a three-tier mechanism for its prominent warning labels to combat disinformation across the platform depending on the propensity of harm. In its latest move, the social media giant has announced the new rule to keep in check the hoaxes, unauthentic and unverified information, and largely false claims by flashing three different labels “Get the latest,” “Stay Informed,” and “Misleading”. The three-strike system can also lead to permanent suspension of the accounts of the customary violators of Twitter’s policies as the platform aims to suppress disinformation.

*We will continue to introduce new labels to provide context around different types of unverified claims and rumors as needed," Twitter said in a blogpost on Monday.

Twitter is working on three levels of misinformation warning labels:

“Get the latest”, “Stay Informed” and “Misleading” pic.twitter.com/0RdmMsRAEk

Twitter deployed labels that are similar to Facebook’s anti-misinformation banners to aggressively limit the impact of posts that may be false or misleading. It generally appears on the profile page of the Twitter account user, underneath the Tweets and Retweets. Labels also appear on state-affiliated media accounts and individuals closely associated with those entities as well as the profile pages of the relevant Twitter accounts and approved blue tick accounts. On Monday, Twitter’s Application Researcher Jane Manchun Wong sacred an update on how the new cascade of Twitter’s striking system will operate on the platform against misinformation and fake news. 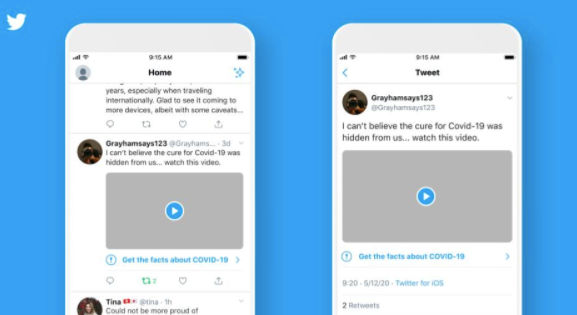 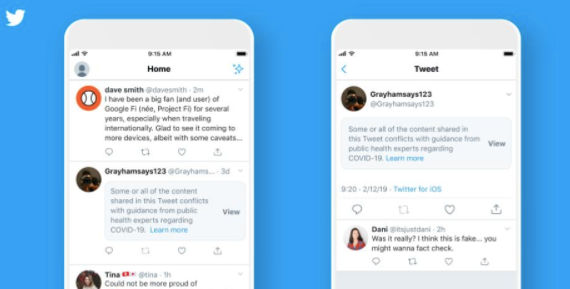 Three-three-labelling system and what each implies

Twitter’s “Get the latest” label prompt implies that the information being shared by the user holds authenticity although more related content can be browsed to ascertain facts. Twitter will drop a link that will navigate the user onto a separate website with respect to the information shared by the Twitter user. “Stay informed,” meanwhile implies unauthentic information that may be factually incomplete or appears to be misleading. In this case, Twitter will navigate the user to the verified source or link of the information to obtain more accurate knowledge related to the topic.

Twitter’s third label  “Misleading” alerts the users of hoax, disinformation, and unsubstantiated information that may have been circulating due to the rumours. This label might include a small icon to signal that the information is a “fake news”. This may be the case when Twitter does not recognize the source of the information or can neither validate its authenticity. “You may not deceptively promote synthetic or manipulated media that are likely to cause harm. In addition, we may label Tweets containing synthetic and manipulated media to help people understand their authenticity and to provide additional context,” Twitter warned on its blogpost. 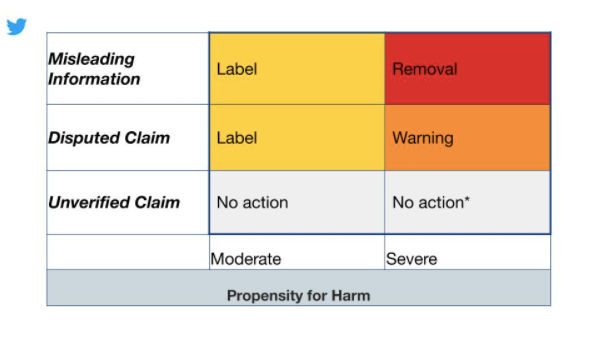