Woman Thanks Elon Musk For Following Her On Twitter; He Responds 'Sorry, Accidental Tap'

The Tesla giant seemed to be on a Twitter fun ride this weekend as he left stunning replies to a few fans and followers. 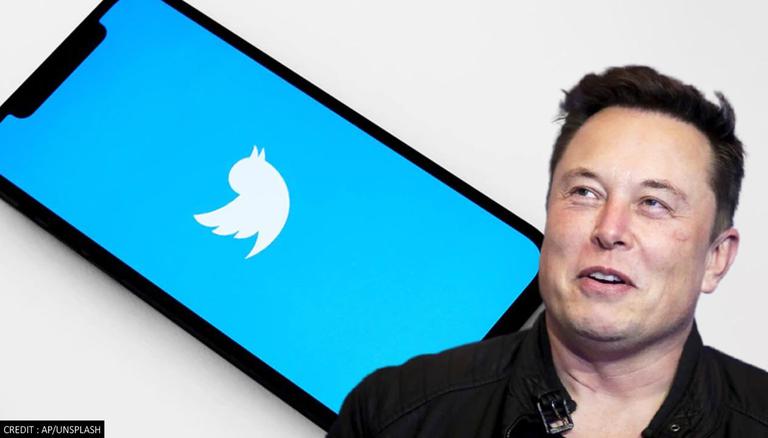 
Imagine waking up with groggy eyes just to look at your phone beside you and see that Elon Musk has started following you. Well, before your imagination flares up, let us tell you that Tesla CEO and SpaceX CEO Elon Musk started following one of his fans named Rebecca. Reacting to this, the woman recently thanked the Tesla CEO for following her on Twitter saying, "Thank you for the follow. I am delighted and honoured!".

♥️@elonmusk♥️ Thank you for the follow. I'm delighted and honored!🥰

However, soon after reading this tweet, Elon Musk unfollowed the woman and replied, "Sorry' accidental tap!". While responding to the Tesla CEO's reply, the women tweeted, "Thanks for the accidental tap!".

Thanks for the accidental tap!😄😉

Elon Musk Twitter reply had created yet another sensation on Twitter and the netizens are going all gaga over the reactions. Reacting to the Tesla CEO reply of 'accidental tap', one of the Twitter users went to the extent of asking him if he could 'accidentally' follow her as well.

Elon can you accidentally tap this

Meanwhile, another Twitter user thought that the "accidental tap" was done by the tech billionaire's son X Æ A-Xii. “That must have been little X messing around,” he wrote. Mr Musk was quick with his reply and said, “He does like to play with my phone. There are many confusing videos he has taken.”

That must have been little X messing around

He does like to play with my phone. There are many confusing videos he has taken.

As Elon Musk's recent reply to the woman's tweet gained more popularity across the Twitter platform, another user could not just wrap his head around how anyone could accidentally tap and follow someone. He wrote, "Takes a couple of taps to make it to the follow tap."

How does one accidentally tap and follow? Takes a couple taps to make it to the follow tap. Hmmm 😂

Out of thousands of reactions, some of the Twitter users took the whole "follow-unfollow" event as a mark to show that the Tesla CEO did not like the publicity this time and that the woman (Rebecca) should have not made the news public in the first place. One of the netizens called it an "opportunity lost, all for likes."

READ | Elon Musk wanted to be Apple's CEO once, but Tim Cook refused to meet him?

Shouldn't have tweeted this. Should have just DMd him your business Proposal. You should have used it to send a business proposal to him, opportunity lost, all for likes. 😭