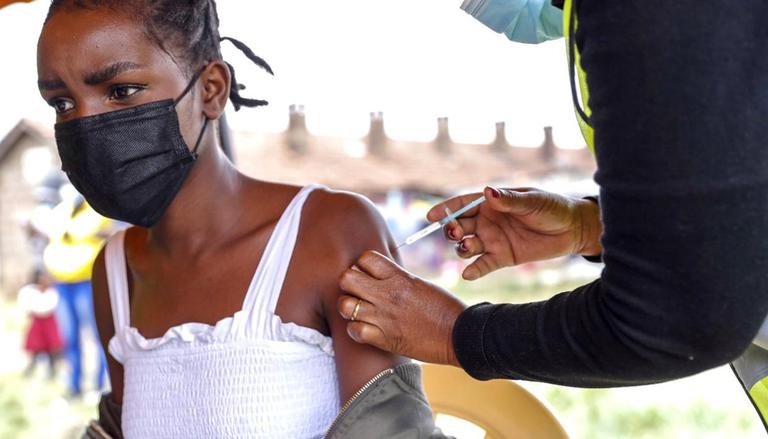 
Since United Kingdom refused to accept African COVID vaccine certificates, Chief of the African Center for Disease Control and Prevention (CDC) Dr John Nkengasong questioned the "confusing" policy. Why is the UK sending vaccines to Africa if they would not recognise its validity, the health agency chief asked. It is to be noted that last week the Boris Johnson-led government removed several countries from its "red list." Most countries receiving the AstraZeneca vaccines, which were identical to those made in Europe, were left out.

The move was met with muted outcry from Africa and India as well. Speaking at a news briefing African CDC Chief Dr John warned that the UK's reluctance could have "far-reaching implications" for vaccine campaigns leading to enhanced COVID vaccine hesitancy. He also asserted, the "message creates confusion within our population...creating more reticence, reluctance for people to receive vaccines." Perplexed by UK's stance, he questioned the "solidarity and co-operation" that was deemed necessary to "emerge from this pandemic."

UK's decision to necessitate travellers outside EU countries to quarantine for 10 days also infuriated the African mass. They dubbed the policy as "discriminatory." The fresh vaccine-linked curbs have also enraged Indian travellers, who will be considered "unvaccinated" if inoculated with the AstraZeneca vaccines (called Covishield in India).

According to reports, the African and the Indian authorities have taken up the matter with the UK authorities to find a common ground for "mutual recognition" of the vaccine certificates. World Health Organisation (WHO) representative in Africa, Dr Richard Mihigo also echoed the ideas of Indian foreign secretary Harsh Vardhan Shringla in this regard. British High Commission in Kenya has also said that it is working with the government to reach a mutual decision.

READ | PM Modi hits the ground running on day 1 of US visit by meeting CEOs, Quad allies & US VP

Abiding by the latest developments around the world, the UK PM Johnson government unveiled its new International COVID-related travel rules that will be effective from October 1. Reportedly, the government revoked its multi-disciplinary "red, green, amber traffic light system" to a single "red list" to simplify travel measures for arrivers from around the world, the Associated Press reported. Under the reformed UK COVID vaccine rules, people administered with double doses of Pfizer-BioNTech, Moderna and Oxford-AstraZeneca and a single shot of J&J will be pre-approved "under vaccination program in Europe, UK." Meanwhile, the UK has left other nations like Scotland, Wales, Northern Ireland to decide its health and travel policies on its own.

READ | India-US relationship over the years: Modi's visits that have defined ties since 2014

WE RECOMMEND
'US not seeking a new Cold War', avers Joe Biden at UNGA amid strained ties with China
'Time to move on’: Biden urges unity on 'global issues' over 'continuing to fight wars'
Boris Johnson in US to attend 76th UNGA session; meets Biden, Morrison amid AUKUS row
Joe Biden meets Morrison amid AUKUS row, says US has ‘no closer ally than Australia’
US President Biden says America plans to become arsenal of vaccines at Global COVID Summit