Africa: More Than 85% People Yet To Receive 1st Dose Of COVID Vaccine, Says WHO Chief

World Health Organization chief, Tedros Adhanom, announced on 12 January that more than 85% of Africans have yet to receive a single dosage of vaccination. 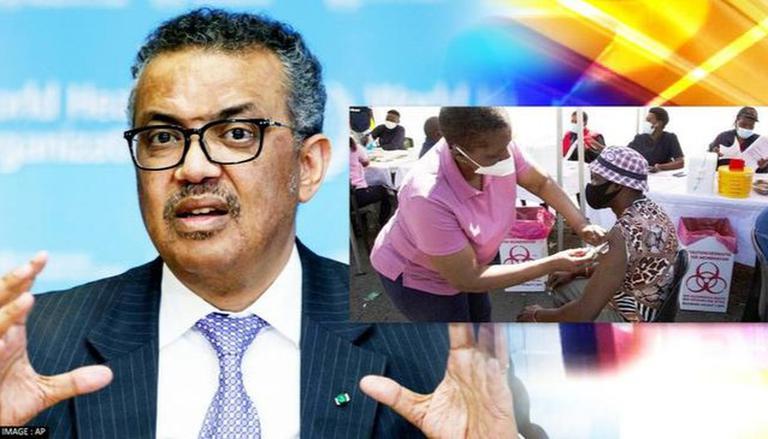 
Tedros Adhanom Ghebreyesus, the Director-General of the World Health Organization, announced on 12 January that more than 85% of Africans have yet to receive a single dosage of vaccination. The WHO chief made this remark at the COVID-19 media briefing.

According to the World Health Organization (WHO) as of 24 December 2021, just about 8% of Africans are fully vaccinated, compared to more than 60% in many high-income nations and only about 3% of the over 8 billion doses supplied globally had been delivered in Africa. Meanwhile, on 6 January 2022, John Nkengasong, the Director of the Africa Centre for Disease Control, reported that an estimated 10% of the continent had been properly vaccinated.

With vaccine supplies becoming more readily available, certain African governments have made a concerted effort, which has been stepped up in some situations, to encourage people to be vaccinated. According to the latest numbers from Africa CDC, less than one in 10 Africans is fully vaccinated against COVID-19. Rollouts have been hampered by a lack of immunisation sites in Cameroon, poor communication and COVID refusal in the Democratic Republic of Congo, and COVID vaccine shortage in Kenya. Complacency and perception of Omicron as a less severe variant have delayed the effort in Zimbabwe, which was early ahead of many peers.

WHO has concentrated on 20 nations that are at high risk of failing to meet a target of vaccinating 70% of their populations by the end of the year, a tough task, given that only 10% of Africa's population has been immunised so far. According to DW, Angelique Coetzee, the president of the South African Medical Association, described the idea of raising immunisation rates across Africa to 60%-70% in the next few months as "wishful thinking".

After affluent countries hurried to buy the majority of supply last year, Africa's access to doses remains a major worry. Moreover, Omicron might worsen the gap as the developed nations across the globe expand booster programmes. Export bans and production delays have harmed Vaccine manufacturers, and some of them have broken their contracts, according to a WHO group. Health officials from the Africa Centres for Disease Control and Prevention are travelling to Morocco and Rwanda to learn from successful rollouts there.