South African President Cyril Ramaphosa on Sunday said that the top body of the African National Congress (ANC), of which he is also the President, must decide on his fate in the wake of a report that accused him of having flouted his constitutional obligations. 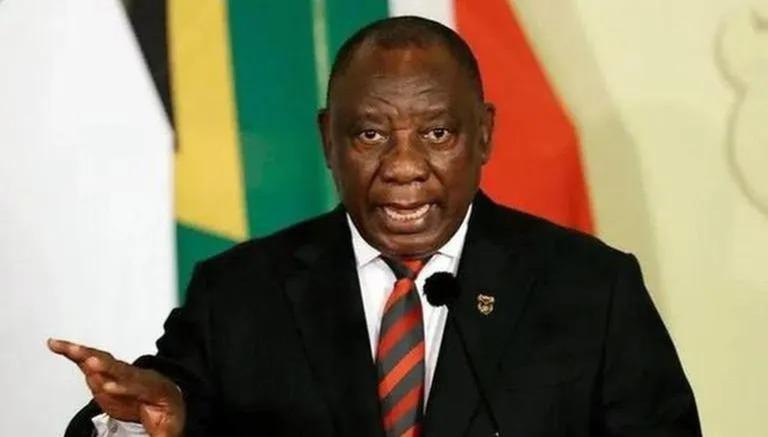 
South African President Cyril Ramaphosa on Sunday said that the top body of the African National Congress (ANC), of which he is also the President, must decide on his fate in the wake of a report that accused him of having flouted his constitutional obligations.

The report said it had found sufficient evidence that the President may have violated a section of the Prevention and Combatting of Corrupt Activities Act and may have committed serious misconduct by “exposing himself to a situation involving a conflict between his official responsibilities and his private business”.

Ramaphosa arrived at a postponed meeting of the National Executive Committee (NEC) of the ANC on Sunday afternoon, but recused himself to allow “free expression” as they debate the report.

The top six members of the NEC have been joined by about 20 members of the ANC National Working Committee (NWC) to discuss the report. They are expected to deliver their findings on Monday.

“I have just attended the NWC meeting, and I have been recused, since they are going to discuss the panel’s report and, as per our own experience, history and tradition, it is always best when the matter that affects a person personally (that it) should be discussed in their absence.

That is precisely what led to my recusal to enable members of the NWC to have a thoroughgoing discussion on the report without me being present, so that they can be free to express themselves as openly and as thoroughly as possible without any fear or favour,” Ramaphosa told a large gathering of media outside the venue here.

“It is up to the NEC, to which I am accountable, to take whatever decision. That is all I have to say about this matter,” Ramaphosa added, before leaving immediately without answering further questions.

It was Ramaphosa’s first public comment after much anticipation last Thursday that he was to announce his resignation from the country’s top post.

The incident at Ramaphosa’s private game farm, called Phala Phala, hit the headlines earlier this year after millions of dollars which were allegedly hidden in furniture at the farm were allegedly stolen by burglars.

Ramaphosa is said to have failed to report the incident to the relevant authorities and spent several months without explaining where the money came from until he told the inquiry that it was from the sale of animals.

At issue was also the fact that under South African law, large amounts of foreign currency may not be kept by individuals without requisite declarations or permissions.

The report of the panel, which was headed by retired Chief Justice Sandile Ngcobo, was handed to the Speaker of the National Assembly on Wednesday, clearing the way for possible impeachment action against Ramaphosa.

A scheduled address announced by Ramaphosa’s spokesperson, Vincent Magwenya, was cancelled after the latter announced that the President was in consultation with various stakeholders.

As several top legal experts found fault with the findings of the report over the weekend, Ramaphosa was reportedly now considering legal challenges to the report.

Outside the meeting venue, there were protests by ANC members and others, some calling for Ramaphosa to step down immediately while loyalists called on him not to succumb to such pressure.