Somaliland seceded from Somalia in 1991, 31 years after being unified in the post-colonial era. However, it is yet to gain official recognition internationally. 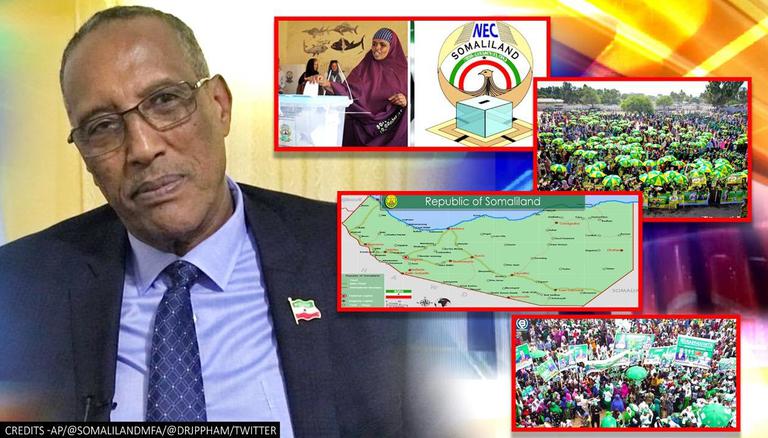 
As Somaliland tries to forge a new political history by holding its first parliamentary elections since 2005, over a million people registered to cast their votes in the local assembly elections in the breakaway Somali region.

Somaliland which seceded from Somalia in 1991, is the world's "newest" democracy. While Somalia is one of the least democratic and often referred to as one of the most unstable countries, Somaliland is relatively peaceful, stable and democratic.

However, there's not a single country in the world that recognises Somaliland's sovereignty despite its own passport, a functioning government, currency, and army. On Monday, May 31, the territory held elections again and political observers hope this could bring the region some much-needed aid.

What is the history of Somalia?

Notably, Somaliland was a British colony and Somalia was part of the Italian empire. Other than the difference in colonial heritage, there is little that separates them historically and culturally. This is why when both the colonies gained independence in 1960, they unified as one within a single week.

Following a violent civil war that broke out in the 1980s, Somaliland declared independence in 1991 after 31 years of staying together. And in the years that followed, Somalia quickly collapsed into chaos, with warring factions such as al-Qaeda and other terrorist groups fighting for control. Somaliland, meanwhile, had started to build a relatively free and stable democratic system. It must be noted that over 99 per cent population in both Somalia and Somaliland are Muslims.

As anarchy and terrorism continued to engulf Somalia, Somaliland remained largely peaceful. This is the country's greatest weapon for persuasion. They have relied on this claim to justify that Somaliland is a functioning country that deserves recognition. They hope that last week's parliamentary elections will strengthen their case for being accepted as a separate State.

As Somalia and Somaliland sit at an increasingly important spot geographically, in the Horn of Africa, some countries such as Turkey, Iran and the UAE have tried to leverage this particular case in the form of providing recognition as a tool for gaining influence there. Somaliland currently is one of the world's poorest countries and it's far from being a full democracy, especially since elections happen years later than originally planned. However, compared to Somalia and its other neighbours, it can be viewed as a relative success story.

Why is Recognition important for Somaliland?

Recognition is a process that assesses facts and endows certain legal statuses, such as statehood and sovereignty over a newly acquired territory to a region or political movement. It can be further strengthened when international entities and organisations give it the stature of being considered a separate State. The same recognition that some key nation-states such as Taiwan, Hong Kong and other countries vie for.

Last week's elections in Somaliland highlighted progress in the semi-autonomous region of Somalia's breakaway territory that over the years has avoided the destructive violence plaguing other parts of the Horn of Africa. With its relatively small population of 4 million, more than 1 million people cast their ballots on May 31 and despite lacking international recognition, Somaliland continues to remain independent with its own form of governance.

Somalia, however, still maintains that Somaliland is a part of its territory, despite several rounds of failed talks over the possibility of unification while the latter continues to assert its right to independence.