The head of Guinea’s special forces, Colonel Mamady Doumbouya, has said that the new “union” government would be formed in weeks. 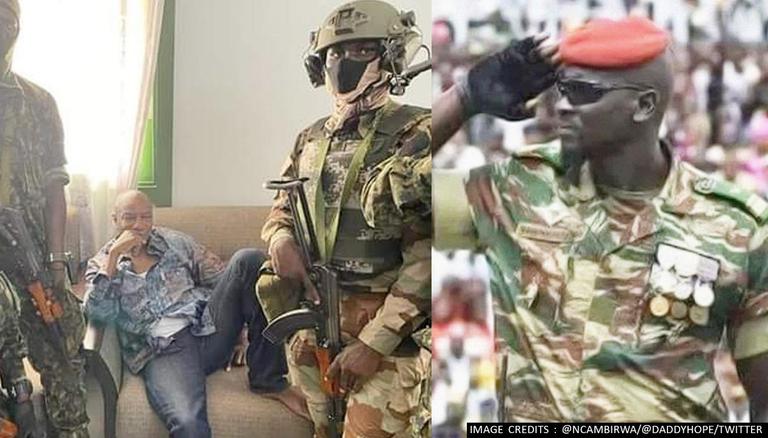 
The head of Guinea’s special forces, Colonel Mamady Doumbouya, has said that the new “union” government would be formed in weeks. On Sunday, a group of Guinean military led by Doumbouya stormed the presidential palace and detained President Alpha Condé. Later, Doumbouya announced on state television that the government had been dissolved, and declared the constitution void, imposing a nationwide curfew.

Doumbouya, after the takeover, stated that a constitution will be formed to set down the broad parameters of the transition, BBC reported. He also informed that a government of national unity will be set up to steer the transition. He went on to tell ex-ministers that they could not leave the nation and had to return their official vehicles to the military. The leader of the coup told ministers that there would be no witch-hunt against former officials.

Announcing the air and land borders reopening, he appealed to the mining firms to continue their operations in the country, adding that they would be exempt from the curfew. After the meeting was concluded, Doumbouya drove around the capital Conakry, where he was welcomed by crowds, chanting the military leader’s name. As per reports, Doumbouya said that the people were happy and seemed relieved that President Condé had been deposed.

A group of soldiers on Sunday, 5 September announced that regional governors had been replaced by military commanders. They informed that the ousted 83-year-old president was safe but in detention. Doumbouya had said that his soldiers seized power because of the Condé administration’s corruption, mismanagement and poverty. The soldiers also announced a new moniker for them - The National Committee of Gathering and Development.

It is worth mentioning that the ousted President has faced criticism since he assumed the third term in office, saying that the two-term limit did not apply to him because of a constitutional referendum he had put forth. Condé was re-elected, however, the decision prompted protests across the nation. The Opposition had informed that dozens were killed amid the demonstrations.

The Opposition alliance has said that military takeover of the country is not a coup as the president had previously changed the basic law in an “unconstitutional manner”. Opponents have said that Condé failed to improve Guineans' history, most of whom live in poverty despite the country's vast mineral riches. Following Monday’s takeover, they said that the rebels were bringing new prospects to Guinea.