Indian Army Brigade HQ was quick to establish Observation Point for real-time updates on lava flow from Mount Nyiragongo to ease the panic among civilians.


Indian Army contingent on Saturday facilitated smooth evacuation and protection of the panicked civilians of Goma City and the UN personnel in the eastern Democratic Republic of Congo after long-dormant Mount Nyiragongo erupted molten red hot lava turning the sky to fiery crimson. India has the largest army troops presence as part of MONUSCO, a UN peacekeeping mission headquartered in the Congolese city of Goma and bordering Rwanda. The Indian Brigade HQ is located adjacent to the Goma airfield.

Indian Army troops on Saturday scrambled to lead the response to safeguard civilians after lava from the volcanic eruption reached the airport of DR Congo’s main city of Goma, and government-issued emergency evacuation orders. Hundreds of thousands panicked and fear-stricken citizens packed their belongings and fled the border city on foot overnight to escape the casualties from one of the world’s most active and dangerous volcanoes that killed nearly 250 in 2002.

Mt. Nyiragongo in Goma, (eastern) DRC erupts as we speak. What a crazy volcano... pic.twitter.com/MYodnf98WU

As many as 120,000 were rendered homeless. As Mount Nyiragongo, which overlooks Goma town, spewed hot red lava, sulphur fumes and sediments at around 1830 hours on 22 May 2021, the neighbouring Indian Army HQ sprang to action and conducted rescue operation to bring the panicked population to safety.

Most overseas army as well as aviation contingents, including the Indian armed forces,  were sent on high alert by the UN's internal security system. While the majority of the country contingents evacuated immediately, the Indian troops under the MONUSCO United Nations mission lead response in a timely manner. The Indian Brigade HQ held its ground and in a calculated and calm manner, thinned out 70 per cent of the strength of the camp, directing them to the Himbi Company Operating Base (COB) for safety.

The Indian Armed Forces maintained minimum strength that continued to hold onto the Camp in order to ensure that there was no immediate threat to UN and National assets due to the volcanic activity. The Indian Army also ensured the security for the safe evacuation of the Aviation bases and the Aviation fuel stored in the said military bases. 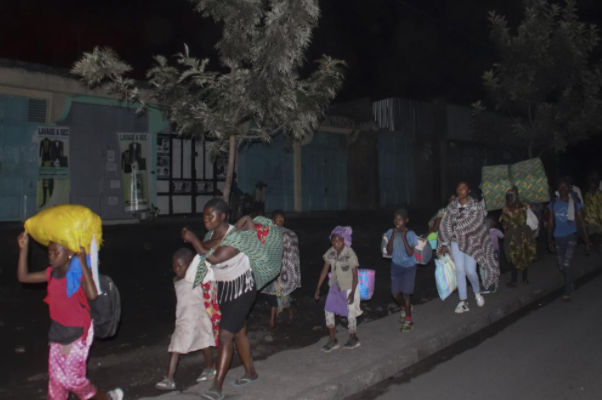 [People flee with their belongings after the eruption of Mount Nyiragongo, in Goma, Congo, Saturday, May 22, 2021. Congo's Mount Nyiragongo erupted for the first time in nearly two decades Saturday, sending lava onto a major highway as panicked residents tried to flee Goma, a city of nearly 2 million. Credit: AP Photo/Justin Kabumba]

This is the scariest stuff I've seen in a long time 😳 Mount Nyiragongo volcano erupts near city of Goma, Congo. pic.twitter.com/hsgzr28o9N

Indian Army Brigade HQ was quick to establish an Observation Point for real-time updates on the lava flow from Mount Nyiragongo to ease the panic among the population. Troops ensured that the authentic and verified information was transmitted to the UN, hence creating a semblance of orderliness in the civilian evacuation.

It is ascertained that the lava flow considerably slowed and was unlikely to reach Goma town unless there were fresh eruptions through fissures. The region is experiencing Intermittent earthquakes of low intensity but the volcanic eruption, largely,  seems to have subsided, according to the Goma Volcano Observatory. DR Congo has the largest Indian Army troops presence of any Central African nation that conducts peacekeeping operations in Goma with metro area population of 670,000 in accordance with Security Council resolution 1925. 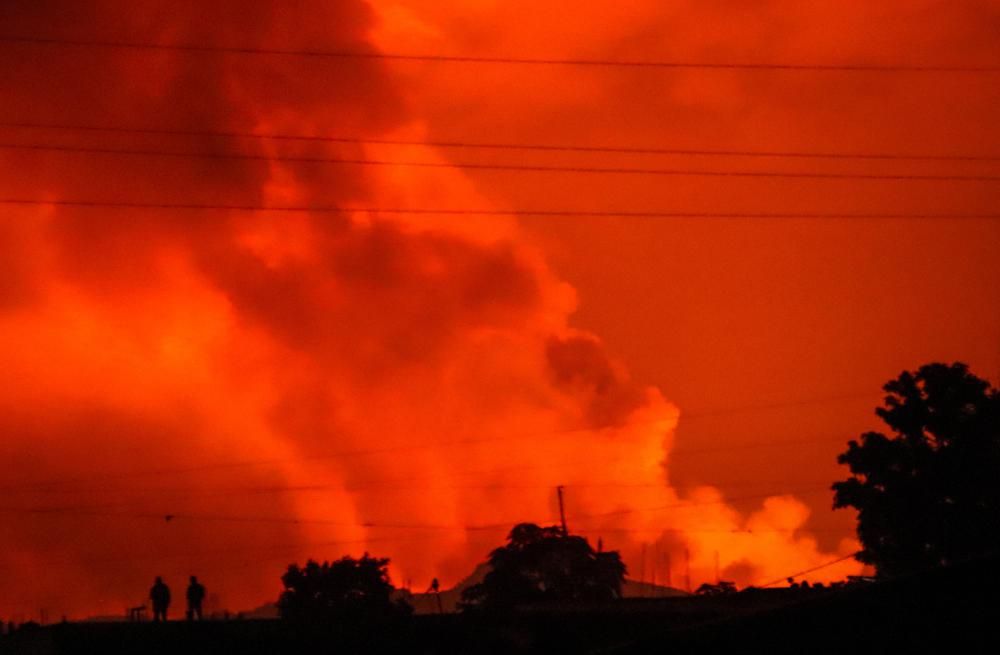 [Two people are seen silhouetted against a night sky turned red by the eruption of Mount Nyiragongo, in Goma, Congo Saturday, May 22, 2021.(AP Photo/Justin Kabumba)] 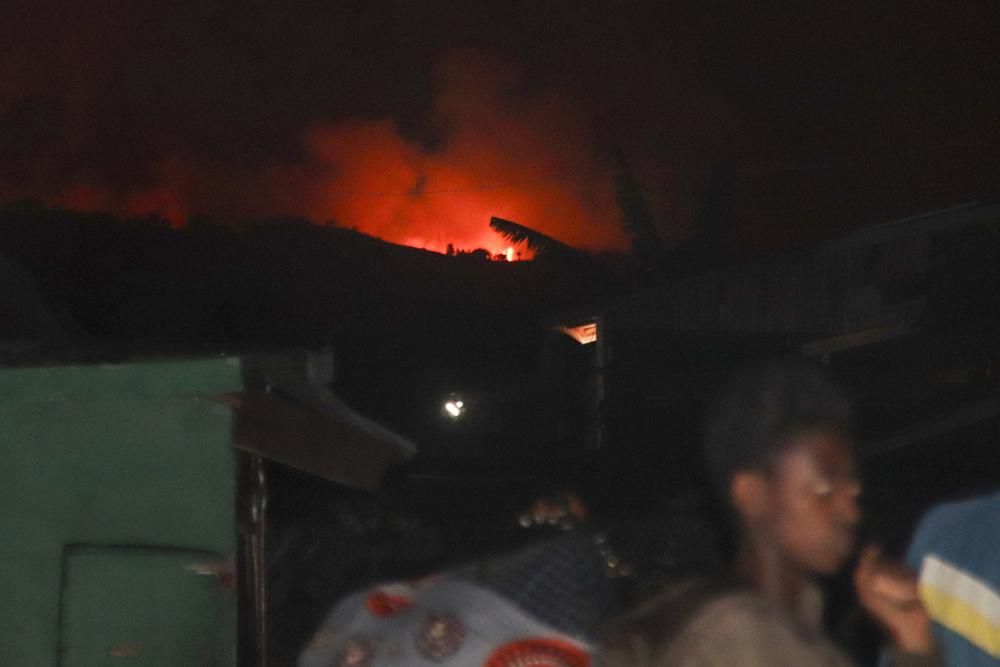 [People flee as the night sky is turned red by the eruption of Mount Nyiragongo, in Goma, Congo, Saturday, May 22, 2021.(AP Photo/Justin Kabumba)]