Lava from Tanzania's mysterious Ol Doinyo Lengai volcano, which is dubbed as the "Mountain of God" by locals, could reveal Earth's secrets, suggests report. 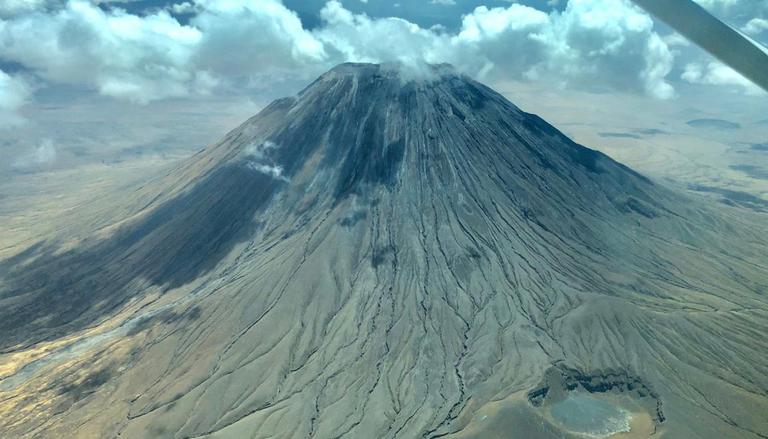 
Lava from Tanzania's mysterious Ol Doinyo Lengai volcano could reveal Earth's secrets, according to a claim in the magazine New Scientist. The volcano is dubbed as the 'Mountain of God' by locals is known to spew carbonatite lava which is high in sodium, potassium, and calcium carbonate but low in silica, resulting in lava with reduced viscosity and black in colour.

As per the report of Sputnik, Kate Laxton of University College London, who has been investigating the volcano for several years stated that Ol Doinyo Lengai is notable for its natrocarbonatite eruptions, but it also occasionally erupts with silicate lava. The viscosity of natrocarbonatite lava is lower, making it one of the fastest-flowing lavas. It might easily be confused for oil or unclean water. Ol Doinyo Lengai's natrocarbonatite lava is black because it erupts at low temperatures ranging from 400 to 600 degrees Celsius, far lower than ordinary lavas that erupt at temperatures ranging from 700 to 1,200 degrees Celsius.

Laxton also stated that the lava samples discovered at Ol Doinyo Lengai may hold clues to Earth's underground. Chemical fingerprints, for example, can show where the components for this lava comes from. He further said that they believe that there is a silicate magma reservoir beneath the volcano, from which natrocarbonatite separates, at some level inside the plumbing system. As a result, the natrocarbonatite is derived from a silicate parent. Laxton believes that black lava can assist scientists in better understanding the composition and function of the Earth's mantle, according to a New Scientist interview.

James Muirhead, a University of Auckland researcher, proposed in 2020 that the carbon that gives lava its black colour comes from the Earth's deep mantle, according to Tekniikan Maailma. Carbon interacts with sodium beneath the continental plates, and the resulting lava rises to the surface.

Laxton thinks that the lava samples he collects will provide a more precise image of the unique network beneath the volcano that transports black lava to the Earth's surface, according to Tekniikan Maailma. The lava's precise composition can reveal information about the many stages of its trip. Laxton also wants to figure out how the volcanic eruption cycle works.