South Africa: Woman Who Gave To Birth To 10 Babies Found In Hospital After Frantic Search

A mother who gave birth to 10 babies has finally been tracked down in South Africa after a desperate search to find her, according to reports. 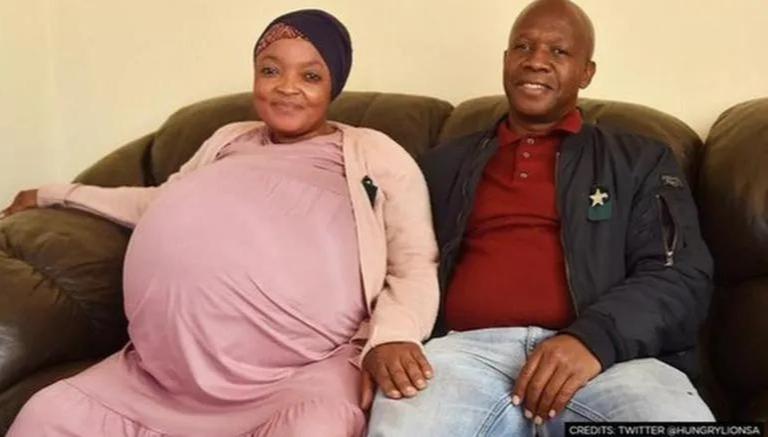 
A mother who gave birth to 10 babies has finally been tracked down in South Africa after a desperate search to find her. According to Mirror, Teboho Tsotetsi said his wife Gosiame Thamara Sithole delivered decuplets at a hospital in Pretoria, Gauteng, on June 7. However, the South African government said that it could not find the mother following the birth, which made headlines across the globe.

The Gauteng Provincial Government reportedly said it had contacted local hospitals and found no evidence of a woman giving birth to 10 babies. The officials then later informed that they found Gosiame in hospital, although they could not confirm how many babies she delivered. If the 37-year-old has delivered decuplets, she has then broken the record set by Halima Cisse of Mali, who gave birth to nine babies at a hospital in Morocco in May.

According to reports, Gosiame gave birth to 10 children, which included seven boys and three girls. The medical scans had earlier detected eight babies but instead, she delivered 10 children by Caesarean section. Now, Guinness World Records is investigating the claim as officials are yet to see the babies.

Gosiame Thamara Sithole’s husband Teboho Tsotetsi, told Pretoria News that she delivered 10 babies at a hospital on June 7. Gosiame was seven months and seven days pregnant at the time of delivery. She had said that the pregnancy was tough at the beginning as she was sick. The doctors had at first told her that she was expecting six children. The further scans, however, showed that it was in fact octuplets but ultimately, she gave birth to 10 children.

Most pregnancies involving large numbers of babies end prematurely. Multiple births involving more than three babies are rare and often the result of fertility treatments. However, in this case, the couple said they conceived naturally. Gosiame previously gave birth to twins, who are now six years old. She is said to be in good health after delivering 29 weeks into her pregnancy in Pretoria.