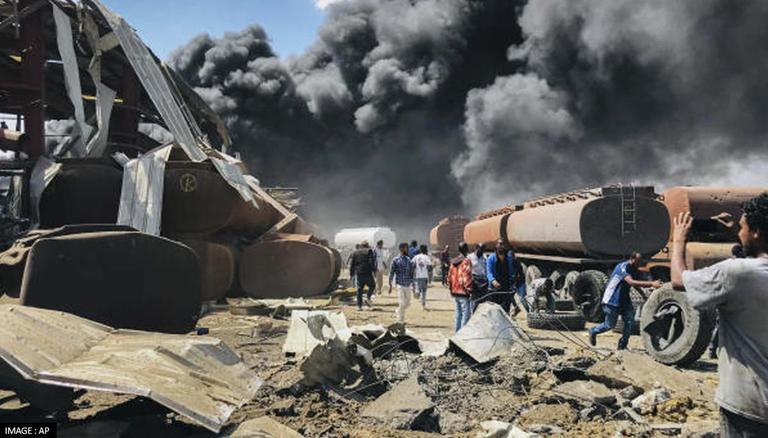 
After a fresh airstrike occurred in the regional capital of Mekelle, the United Nations is withdrawing some of their humanitarian employees from the Tigray area of Ethiopia, according to a UN spokesperson. UN Secretary-General Antonio Guterres' deputy spokesperson Farhan Haq informed about the initial report from the ground which reveals that the airstrike has injured civilians, comprising women and children. They are now waiting for further information.

Haq said that due to safety reasons, a small fraction of the UN team had been moved from the area who were there for proving humanitarian relief. He went on to say that about 100 UN employees and 17 dependents humanitarian partners were relocated from the conflicted zone. Three children were killed and 20 others were injured in airstrikes across Mekelle on Monday.

The UN deputy spokesperson revealed that the world organisation employs close to 400 individuals in Tigray alone, all of whom were dedicated to providing life-saving assistance to the world's most vulnerable community. 30% of the UN personnel in Ethiopia are stationed in several national areas as well as in Tigray. He also stated that around 2,000 humanitarians operate in the northern area who belongs to the UN, national, as well as international non-governmental organisations (NGO).

Haq claimed that the increasing violence in the north has concerned the humanitarian workers. Citing his statement, Xinhua reported, “We repeat our call to all parties to the conflict to de-escalate across Tigray, Amhara and Afar to avoid further casualties and the suffering of civilians." Humanitarian needs are also rising in Amhara and Afar as a result of the Tigray war, he said.

Furthermore, Haq added that the UN staff observed various safety concerns across the nation while working from the war-conflicted lands. they have highlighted that these wars are increasing the number of internally displaced persons who are then in desperate need of humanitarian aid.

According to the spokesman, more than 5.2 million individuals in Tigray or more than 90% of the region's population, require lifesaving support, with almost 400,000 individuals experiencing famine-like circumstances. All participants to the war, he added, must adhere to international humanitarian law and safeguard people and property.

Ethiopian federal government forces attacked Mekele, the capital of Ethiopia's volatile Tigray province, for the second time this week on Wednesday. According to Ethiopia's government, weapons production and repair sites were targeted. Ethiopian allied troops have been at odds with the Tigrayan forces, who long dominated the federal government before a dispute with Prime Minister Abiy Ahmed.

The incident came just two days following Ethiopia's air force acknowledged there airstrikes in Mekele. According to the air force, communication towers and equipment were targeted.  The bombings in Tigray's capital this week seem to be part of a campaign to undermine Tigray's armed resistance, which has recently made advances in the eastern Amhara region, while fighting continues in certain areas.