Because of financial constraints this year, WFP will halt providing food aid to more than 100,000 displaced people in South Sudan for three months. 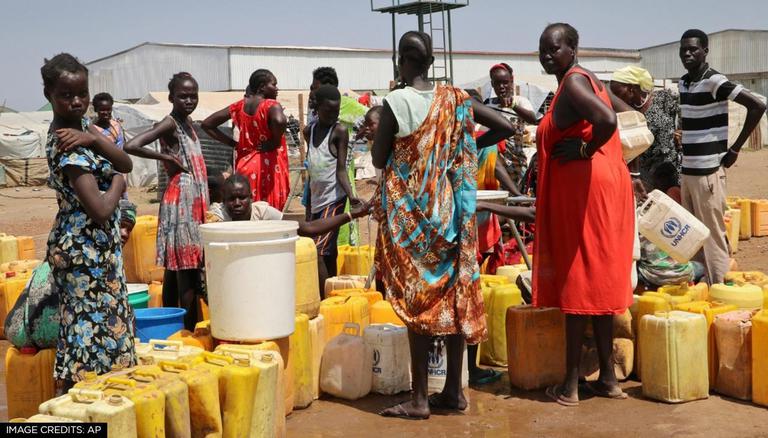 
As part of a prioritisation exercise necessitated by financial shortages this year, the UN World Food Programme (WFP) will cease food aid for more than 100,000 displaced persons in portions of South Sudan for three months starting in October.

While generous donor contributions have allowed WFP to reach millions of people in need with lifesaving aid, many vulnerable people living in crisis zones continue to face the greatest levels of food insecurity and are unable to live without long-term food support.

WFP is forced to stretch its limited resources to meet the critical needs of people who are on the brink of starvation.

For the next three months and until the new year, 106,000 persons displaced in camps in Wau, Juba, and Bor South will not get monthly food rations, said WFP in a press release. WFP will resume monthly food assistance for internally displaced people in those camps from January to September 2022, it added.

"Drastic times call for drastic measures. We are forced to take these painful decisions and stretch our limited resources to meet the critical needs of people who were on the brink of starvation and now risk slipping back into a catastrophe if their access to food diminishes," stated Matthew Hollingworth, Representative and Country Director of WFP in South Sudan, in an official statement.

"If funding levels continue to drop, we may have no choice but to make further cuts as the needs of vulnerable communities continue to outpace available resources," added Hollingworth. WFP will need an additional US$154 million over the next four months to deliver enough food assistance.

The three-month ban is part of a bigger cut in food assistance announced by the World Food Programme (WFP) in April, which applies to all camps. It impacts 700,000 refugees and internally displaced persons, who are now given half of a WFP food supply. A full ration of cereals, lentils, vegetable oil, and salt gives 2,100 calories per person. WFP and partners undertook a campaign to prepare affected communities before the cuts were implemented.