WHO Was Well Aware Of Sexual Abuse Allegations Regarding Its Staffers In Congo: Report

Internal emails uncovered that World Health Organization (WHO) was well aware of the sex abuse claims budding in the Democratic Republic of the Congo (DRC). 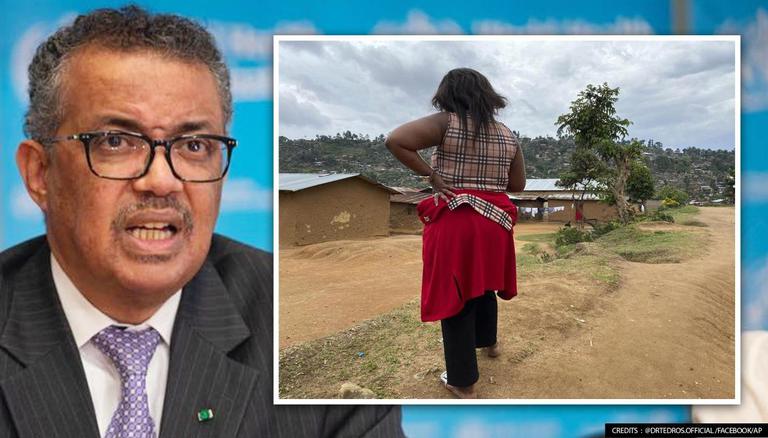 
In a shocking revelation regarding the inaction of the World Health Organization (WHO), internal emails have uncovered that the United Nations (UN) health agency was well aware of the sex abuse claims budding in the Democratic Republic of the Congo (DRC). As per the Associated Press report, a WHO staffer along with three Ebola experts working in Congo during the outbreak had separately told the management about the general sex abuse concerns around a WHO doctor. However, they were reportedly directed to not take any more action on the matter.

As per the report., Shekinah, 25, who asked that only her first name be used for fear of repercussions has said that she faced abuse while working as a nurse’s aide in northeastern Congo in January 2019. She was reportedly offered a higher-paying job by a WHO doctor only if she accepted the obscene conduction. The doctor, Boubacar Diallo reportedly often bragged about his connection with WHO Director-General Tedros Adhanom Ghebreyesus. Diallo reportedly offered several other omen jobs in returns for sex, some of them were friends of Shekinah.

‘We have no more information,' said WHO

While WHO has been facing backlash over systematic abuse of women by unnamed staffers of the agency, emergencies staffers Michael Ryan declared, “We have no more information than you have.” However, an AP investigation into the matter has revealed that apart from the public information, senior management at WHO was informed of the alleged sexual misconduct in 2019 but was even consulted about how to deal with the situation.

The doctors, around which the sexual abuse allegations surround are Diallo and Dr. Jean-Paul Ngandu, both of whom were reported to WHO. AP reported that Ngandu was accused by a young woman of impregnating her. While WHO said it has no more knowledge of several such allegations, the media publication abstained a notarized contract that revealed two WHO staffers including another manager signed as witnesses to an agreement for Ngandu to pay the young woman, cover health expenses and buy her a land.

The deal was made “to protect the integrity and reputation” of WHO, Ngandu said. Further, both Diallo and Ngandu have denied wrongdoing while replying to AP. further, a senior manager at WHO, Dr. Michel Yao also received emailed complaints about both staffers involved in the allegations. While Yao reportedly did not have the authority to fire a Canadian, Diallo, the senior manager also did not suspend Ngandu.

It remains uncertain, according to the report, to determine if Yao advanced any of the complaints. Since 2019, Yao has now been promoted to be the director of Geneva’s Strategic Health Operations Department. At least eight top WHO officials have privately admitted that the UN health agency failed to effectively tackle the sexual abuse in Congo during the Ebola outbreak. They also termed the problem systematic.

WE RECOMMEND
WHO classifies Indian B.1.617 COVID strain as 'variant of global concern'
WHO hails Uttar Pradesh Model of testing, tracing & surveillance for COVID cases
Taiwan fights to get WHO invitation for World Health Assembly as China opposes
MoS Reddy says 'no one, including WHO' was able to predict second COVID-19 wave's effect
WHO Official says few restrictions accelerate COVID, asks India to 'protect health system'