50 families in Zimbabwe’s village have been told by a Chinese mining company that they will have to leave their homes and land, raising fears among people. 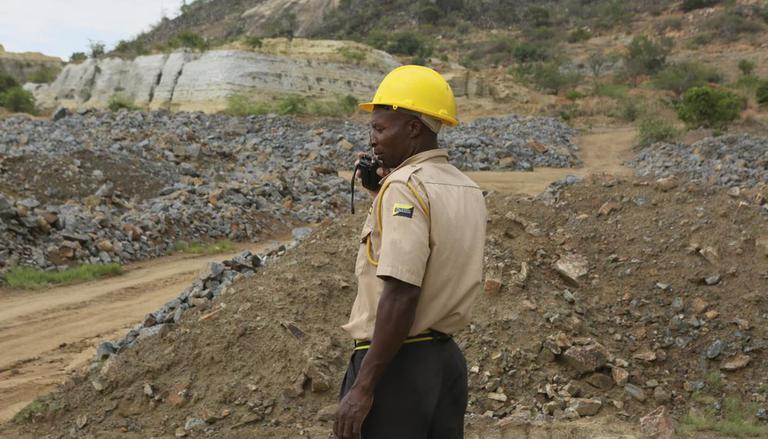 
At least 50 families in Zimbabwe’s Nyamakope village in the district of Mutoko, 90 miles east of the capital Harare, have been told by a Chinese mining company that they will have to leave their homes and land. According to The Guardian, every day, over 60 trucks take granite for export along the rugged road through the village as quarrying has been taking place since the 1980s. The Mutoko stone is sought for its lustre but the Buja people living in the area have reportedly said that the mining companies, extracting wealth from the mountain, leave a trail of damaged roads and bridges.

The media outlet stated that people living in at least four other villages in the same district are fearing that they will lose their ancestral lands. Two families including an 82-year-old villager and his wife, have been relocated by China’s Jinding mining company which is hoping to build a polishing plant. The Guardian quoted 38-year-old Claudine Mupereri as saying, “The 82-year-old man collapsed when he heard the news because he never anticipated it. He was later resuscitated at the hospital. This is how bad things are here.”

She reportedly also said that the man was told that his house was within the area licences to the Chinese mining company by the government. According to the report, Zimbabwe’s Communal Areas Act provides the president with the power to decide the use of an area that makes up at least 40% of the land in the country. This 40% houses at least 70% of Zimbabwe’s population.

Mupereri told the outlet that the mining companies “do not respect communities. If the government does not protect us, then where will we get the protection we need?” It is to note that at least two other families were given $2,500 or £1,840 to rebuild their homes. However, community leaders have said that the given amount is not sufficient.

Another person, Anesu Nyamuzuwe, who is the 40-year-old father of four, raised concerns over the “uncertainty” in the village. He was quoted as saying, “Right now, we do not have anyone willing to help us because our councillor does not want to help us. Anyone who dares to speak out is threatened. Whether they remove us or not, we are already scared to speak out.” He fears losing at least five hectares of land which is also his only source of income.

Nyamuzuwe also said, “I have a good farm with fertile soil. My farming always meets my household requirements. I had built a good home and I am close to Mutoko centre, so I am not sure if I will ever get such a piece of land again…What is more important, investors or the villagers? We should have the right to reject these people from entering our community.”

What company said about the relocation of people?

The Guardian stated that the Jinding mining company in China could not be reached for comment, but a manager and interpreter at the company’s plant in Mutoko said that the families who live within the 500 hectares the company is licensed to mine will be relocated. However, the official added that “the people who are giving out the claims [to mining companies] have a problem. Why are they giving them [companies] so much land? This land is almost 500 hectares, I am sure they already know that people live in this place.”