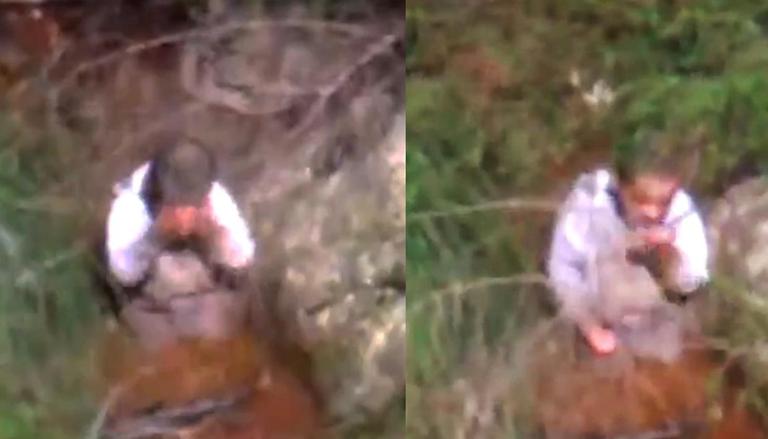 
About four days after going missing in the bushes, the Australian emergency services rescued three-year-old Anthony "AJ" Elfalak on Monday, 6th September. The little boy went missing from his family's property in the Hunter region. He was discovered in Putty, around 150 kilometres northwest of Sydney by the Hunter Valley Police Department, New South Wales (NSW) Police Department informed through a statement. The toddler was immediately transferred to the hospital to treat the scrapes and nappy rash he suffered in the last three days.

AJ was could not be located after he was last seen at a home on the property about 11.45 am. The family informed the Hunter Valley Police Department after they feared that little AJ was abducted. However, was then recovered alongside a creek adjacent to the family property in Yengo Drive, Putty, about 75km south of Singleton around 12:30 pm.

What actually happened to the Australian boy?

Three-year-old Anthony was spotted by Police Department choppers after they launched a coordinated multi-agency response, which included Trailbike officers, Police Rescue, The Dog, and Mounted Unit, Police divers, and PolAir. "The search continued since then, assisted by hundreds of emergency service volunteers," NSW Police Department said in their statement. However, as a relief, the rescuers located the boy on a riverbank about 500m from his house. "About 11.30 am today (Monday 6 September 2021), the boy was located on a nearby riverbank by PolAir, who directed ground search crews to his location," NSW Police informed. However, it is still unclear as to why the boy wandered off into the bush. Take a look at the video footage shared by NSW Police:

A three-year-old child missing on a rural property in the Hunter region since Friday has been located following a large-scale search.https://t.co/VrlVwL4sYW pic.twitter.com/byOXFCiD1j

"It is a miracle"

The NSW Police Department shared the above video footage on Twitter with the caption, "A three-year-old missing on a rural property in the Hunter region since Friday has been located following a large-scale search.". In the clip, the boy can be seen drinking water from a small creek. Anthony looked exhausted and parched. "He has been reunited with his family and is being assessed by NSW Ambulance paramedics," the officials said in a public statement.

Speaking to BBC, Anthony's father expressed his gratitude to the Hunter Valley Police Department and said that their prayers had been answered. Describing the recovery as a "miracle", AJ's father updated BBC about the child's health condition. "He has been bitten by ants and he has fallen over but he is alive," Mr Elfalak said.

Thank goodness. What a relief. I can’t imagine how traumatic this experience has been for AJ and his parents. Glad to hear he’s safe. Thanks to all at @nswpolice and our paramedics. https://t.co/pIL91J27Cc

Meanwhile, Prime Minister Scott Morrison took to Twitter to express his happiness on hearing the news of the recovery of the three-year-old boy. "I can't image how traumatic this experience has been for AJ and his parents. Glad to hear he's safe," he wrote. Lastly, he also thanked the NSW police and the paramedics for their relentless support and focused search operation.

WE RECOMMEND
Vishal Jood accused by Khalistanis in Australia to be released from jail on October 15
Australia gets delivery of Pfizer doses from UK as Sydney's COVID-19 cases may hit peak
Australia: Separated due to COVID, people throng borders to celebrate Father's Day
Australia: Young surfer dies after being attacked by shark on NSW north coast
Australia passes Surveillance Bill, Police can now hack citizens' devices to screen info