Australian officials said they are closely monitoring China's spy ship set to arrive in the region in explicit attempt to gain sight of joint exercises with US. 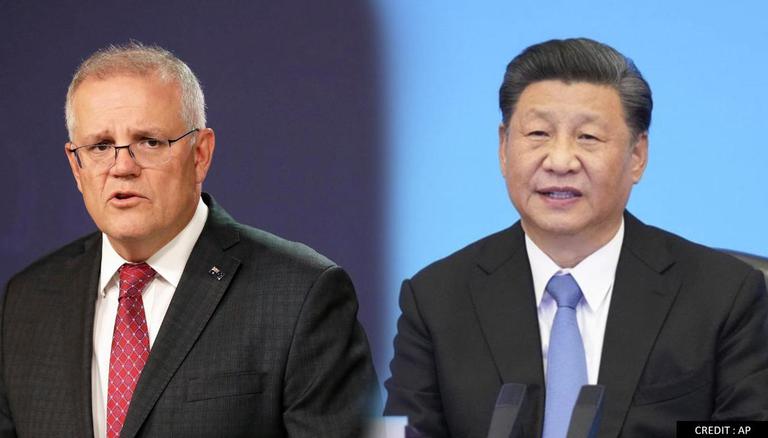 
In a recent development in the offshore international apparatus, Australian authorities stated they have been closely monitoring a Chinese spy ship that is set to arrive in the region in an explicit attempt to observe a joint military exercise with the United States off the coast of Queensland.

According to the Voice of America (VOA), the auxiliary general intelligence Chinese vessel is expected to monitor the Talisman Sabre 2021 exercises that commenced on Wednesday, July 14. Purportedly, the exercises are designed to strengthen the alliance of the two countries and boost combat readiness; drills include amphibious landings, groud force manoeuvring, urban operations, air combat and maritime operations too.

Canberra, on July 15, said, "It is fully expected a ship of this class to arrive in our region" during military exercises with the US

In the upcoming weeks, the Chinese electronic vessel is anticipated to observe the Talisman Sabre war games. The Chinese vessel is expected to persist outside Australian territorial waters to monitor the multinational war games. According to Australian officials, they are not worried about its presence to thwart the slated war drills in Queensland. A similar ship was tracked during military manoeuvres in Australia back in 2019. According to experts, such surveillance has become trite about now.

Another report by VOA suggests that it is headed to become the largest bilateral training exercise between Australia and the US.

Australian Air Commodore Stuart Bellingham said, "In addition to the United States, this year will involve participating forces from Canada, Japan, the Republic of Korea, New Zealand and the UK. Due to COVID-19, you will notice fewer international participants this year compared to the past."

A military analyst and a former Australian Defense Department Secretary, Hugh White, told the Australian Broadcasting Corporation that such kind of thing should be expected to happen and one must expect to see an increase as the Asia-Pacific, the Indo-Pacific become "increasingly a theatre of strategic rivalry as it is."

The update surfaces as diplomatic ties between Australia and China have deteriorated over the years over multiple commercial and geopolitical feuds.

Earlier this year, Australia scrapped the controversial Belt and Road (BRI) agreement with China claiming the deal was contrary to the national interest. Lately, it appears China's Xi Jinping has received a cold shoulder from various countries and the EU too. While countries either, cleared their stance towards the Chinese Communist Party-led nation or strengthened their relations with one of the world's largest trading resources.

Australia's PM Scott Morrison had eliminated the agreement signed between the State government of Victoria and the National Development and Reform Commission of China, which was signed on October 8, 2018. In April 2021, the Australian Federal government even terminated a framework agreement signed on October 23, 2019. Few countries even feared that lending the Belt and Road Initiative entails could lead to unsustainable debt levels in a developing nation.

Relations between Australia and its largest trading partner have been in freefall since April last year after Canberra provoked Beijing by initiating an independent probe into the origins of contagion of the COVID-19 virus; suspiciously the Wuhan Lab Leak theory. Beijing has since inflicted a range of trade reprisals, including imposing amplified tariffs on Australian barley and wine while blocking coal shipments.