The series between India and Australia will be the first time the two sides will come face-to-face for an international match since 2020 T20 World Cup final. 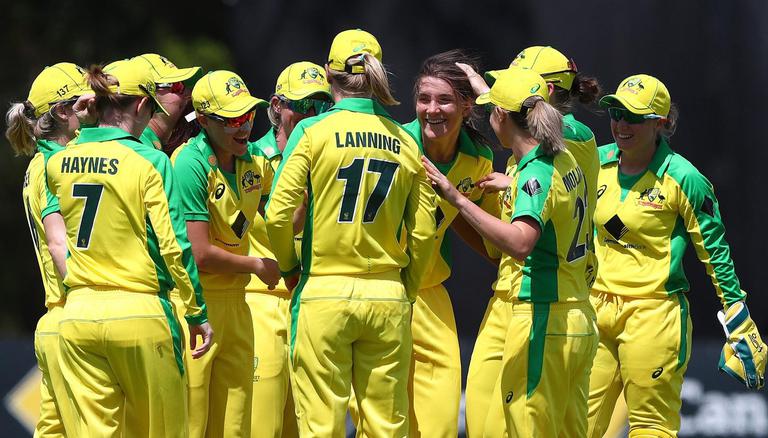 
Cricket Australia on Wednesday announced an 18-member squad for the upcoming multi-format series between the Australian women's national team and their Indian counterparts. Meg Lanning has been named the captain of the side with Rachael Haynes as her deputy. Australia will play 1 Test, three ODIs, and as many T20I matches against India, starting September 19. Australia will go into the series without their two main players - Jess Jonassen and Megan Schutt, the world number one and world number two ranked ODI bowlers respectively.

The Australian bowling preparations will be harmed by the absence of Schutt and Jonassen, who have remained a vital part of the line-up in all three formats. Georgia Redmayne and Stella Campbell have received their first-ever international call-ups for the series. There are as many as nine potential Test debutants in the squad. After missing the March tour of New Zealand, Australian fast-bowler Maitlan Brown will return to the squad.

The series between India and Australia will be the first time the two sides will come face-to-face for an international match since the 2020 T20 World Cup final, which the Meg Lanning-led side won by a margin of 85 runs. Since the beginning of the COVID-19 pandemic, the Australian women's squad has only played against its neighbours in New Zealand. India and Australia were slated to clash in January this year, however, due to the rising COVID-19 cases across the globe and postponement of the World Cup, the two sides decided to move their series to September.

READ | Australia's PM tells Taliban to stop violence against civilians; has 130 citizens there

The series will start with three ODIs, which will take place between September 19 to September 24. Both sides will then clash in a one-off Test between September 30 to October 3 before playing the three-match T20I series until October 11.