COVID-19: Australia PM Calls For Government To 'step Back' Back From People's Lives

Australia's Prime Minister Scott Morrison has called for governments to 'step back' out of people's lives and ease COVID-19 restrictions. 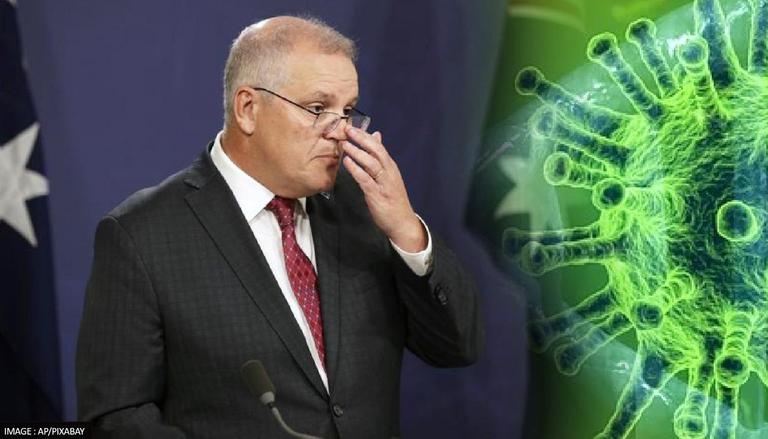 
Amid increasing demonstrations against the COVID-19 restrictions in Australia, Prime Minister Scott Morrison announced to ease the restrictions, reported news agency Xinhua on Friday. While announcing, Morrison said the government would "step back" out of people's lives and loosen the grip over the restrictions that was invoked to arrest the spread of the COVID-19 pandemic. According to him, the vaccine coverage has improved tremendously in the past two months. Notably, the country invoked a strict lockdown after the highly contagious virus hit Australia in early July.

The government said it had invoked the strict measure not only due to the "spread of the deadly virus" but also due to the "low vaccination rate". However, Morrison said the announcement was made as the country has reached a "comforting vaccination stage". While announcing, the Australian Prime Minister condemned the ongoing violent protests against proposed pandemic laws in the state of Victoria. Later, he sympathized with the people and said he could understand the frustration due to the ongoing restrictions.

"I completely and totally and continue to denunciate any violence, any threat, and intimidation. Australians have done their part. It's now time for them to be able to step forward with their lives and for governments to step back out of their lives," the news agency quoted the Australian Prime Minister as saying during the press conference in the capital. Notably, Australia reported 1,508 new locally-acquired COVID-19 cases and 11 deaths in the past 24 hours. According to the health authorities, the majority of new cases were reported in the country's second-most populous state. Meanwhile, the capital city, Melbourne reported 1,273 cases and eight deaths in the past 24 hours.

It is worth noting that Australia has managed to keep the pandemic under control with a total of just over 1.94 lakh cases and 1,922 deaths reported since the country reported its first case. According to the Department of Health, 91.2 per cent of Australians aged 16 and over had received one dose of the COVID-19 vaccine and, 84.65 per cent were fully inoculated. New South Wales Health Minister Brad Hazzard informed that there are 198 people in the hospital, 53 of them in ICU and 27 are using breathing aid. He also informed that one person was died due to COVID was reportedly involved in the ongoing protest.