The formation of AUKUS - the trilateral security pact between the United States, Australia and the United Kingdom has once again irked Beijing. 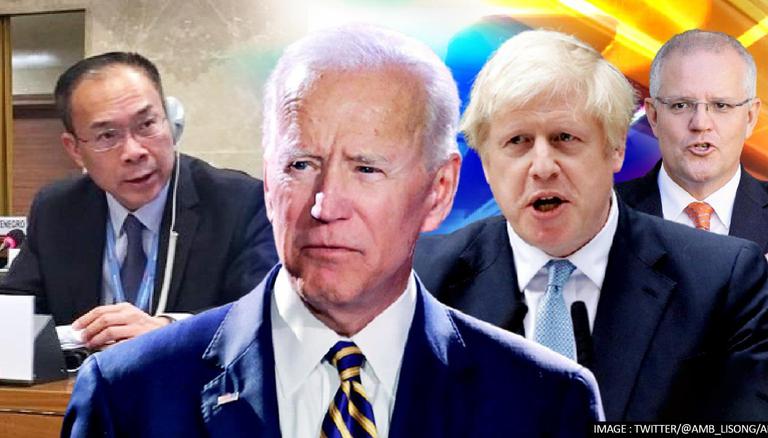 
The formation of AUKUS - the trilateral security pact between the United States, Australia and the United Kingdom has once again irked Beijing. A Geneva-based Chinese diplomat on Wednesday termed AUKUS as a 'textbook case of nuclear proliferation' which is based on 'Cold War mentality and the narrow-minded geopolitical calculation'. The formation of AUKUS was announced on September 15 and enables Australia to acquire nuclear submarines.

Speaking at a virtual press conference Chinese Ambassador for Disarmament Affairs Li Song cried foul and stated that the security pact between the three countries poses a serious challenge to the letter and spirit of the Nuclear Non-Proliferation Treaty (NPT). In addition, the Chinese diplomat also asserted that AUKUS is also an 'awkward example' set by the US, UK and Australia in their so-called 'leadership' in non-proliferation. Li Song added that such cooperation has never happened in the history of the NPT.

"As the depositary states of the NPT, the United States and Britain are to help Australia, a non-nuclear-weapon state, to obtain nuclear-powered submarines, sensitive nuclear materials including tons of weapon-grade Uranium, and other relevant technologies and equipment. Such cooperation has never happened in the history of the NPT," Li said.

"To put it in a nutshell, AUKUS is like a fire, the comprehensive safeguard mechanism is like a piece of paper. You just can't cover the fire with paper," the Chinese envoy was quoted by the Chinese media

Li Song also asserted that AUKUS will lead to a wider range of impacts to regional nuclear-weapon-free zones in the South Pacific and Southeast Asia. He also added that the cooperation between the three countries will trigger a regional arms race, undermine regional unity and cooperation.

The AUKUS is a trilateral security deal between Australia, the UK, and the US aimed at committed to protecting the Indo-Pacific from China’s growing dominance and aggression. The deal also includes building nuclear-propelled submarines. As a part of its initial measures, the US and the UK have committed to help Australia in developing and deploying nuclear-powered submarines. The three heads of state reaffirmed their intention to continue to work with their allies and groupings in tandem with AUKUS, with the QUAD being mentioned by Morrison and Biden, though they were not specific on details. The AUKUS alliance was announced on September 15.