On Monday, popular Chinese blogger Qiu Ziming was sentenced to 8 months in jail for disputing the official death toll during the Galwan clash at the LAC. 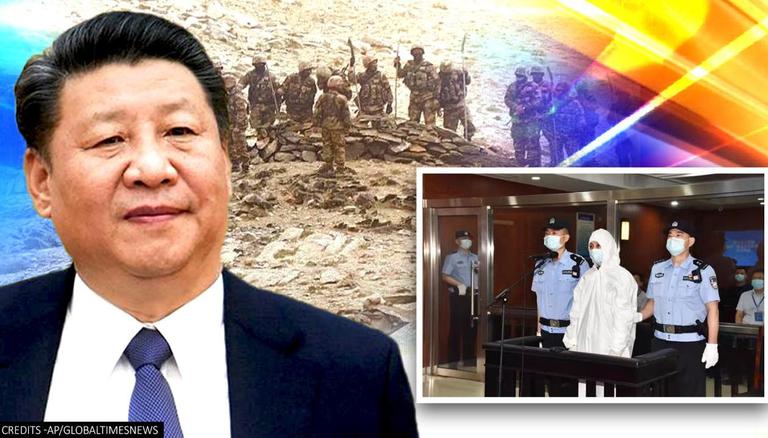 
On Monday, popular Chinese blogger Qiu Ziming was sentenced to 8 months in jail for disputing the official death toll during the Galwan clash at the LAC. While China has acknowledged the death of only 4 soldiers- Chen Hongjun, Chen Xiangrong, Xiao Siyuan and Wang Zhuoran, the former reporter with the Economic Observer published two posts that suggested that more PLA soldiers were killed in the conflict than those disclosed by the authorities. Pronouncing the order, a Nanjing court noted that Ziming received a lighter sentence because he "'truthfully confessed to his crime' and had promised not to repeat it.

Detained in February this year, the internet celebrity with more than 2.5 million followers was also directed to tender a public apology through major domestic portals and national media within 10 days. Charged for "damaging the reputation of heroes, hurting nationalistic feelings and poisoning patriotic hearts", he already apologised on China's state broadcaster CCTV on March 1. He has become the first person to be convicted under a new provision of the country's criminal law which makes "defamation of martyrs and heroes" a criminal offence.

Qiu Ziming, or "Labixiaoqiu," an internet celebrity with 2.5 million followers, was sentenced to 8 months in prison for infringing on reputation of heroes and martyrs, and ordered to make a public apology. In Feb, he smeared martyrs killed in Galwan Valley border clash with India pic.twitter.com/WhO7jLEcJQ

The Galwan clash and quest for deescalation

The faceoff at the Line of Actual Control was exacerbated when 21 Indian Army soldiers including a Commanding Officer were martyred in the Galwan Valley on June 15, 2020, when the de-escalation process was underway. This was followed by multiple attempts of provocation by the Chinese side at the end of August. Multiple rounds of military commander-level and WMCC meetings have taken place between the two sides to resolve the crisis. Besides this, EAM S Jaishankar and Defence Minister Rajnath Singh have met their respective counterparts. So far, the armies of India and China have disengaged from two places, including north and south of Pangong Tso.

In the last few months, another meeting of the senior commanders and Working Mechanism for Consultation & Coordination on India-China Border Affairs took place. India has been looking forward to ensuring that the disengagement in the remaining areas along the LAC at the earliest. Maintaining that prolonging the situation is in neither country's interest, the MEA has reiterated that disengagement might open up the possibility of de-escalation of forces and progress in bilateral ties.

Recently a media report suggested that another clash took place between the armies of the two sides in the Galwan Valley. Rubbishing this, the Indian Army stated, "It is clarified that NO such minor face-off has taken place between Indian and Chinese troops at Galwan Valley in Eastern Ladakh in the first week of May 2021 as reported. The article seems to be inspired by sources who may be trying to derail the ongoing process for early resolution of issues in Eastern Ladakh".