Even though international condemnation grows, China is continuing to push forward the amendments to the CCP’s doctrine on religious policy to tighten control 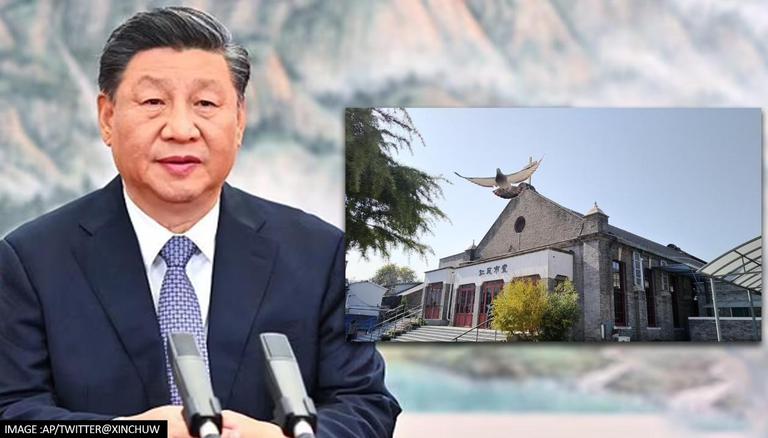 
Even though international condemnation grows, China is continuing to push forward the amendments to the Communist Party’s doctrine on religious policy in a bid to tighten control on religious groups of all sorts across the nation, stated Taiwan News. The Taiwanese media outlet cited China Christian Daily’s coverage of the two-day conference held in the Chinese capital of Beijing earlier this month where the CCP leaders insisted on “sinicising religion in China” and prepared a range of new ideological concepts which are aimed at achieving the same.

Reports have also stated that the emphasis of the two-day event was also laid on guiding religion to “adapt to the socialist society”. The latest push to clamp down on religions came after the authorities arrested Christians from the Early Rain Qingcaodi Church in the Sichuanese city of Deyang last month. Reportedly, among the ones who were detained on “fraud” charges were Church pastors, community leaders, and other volunteers.

The church was facing CCP’s pressure for years

The Early Rain Qingcaodi Church is a faction of the Western china reformed Presbytery group and as per Taiwan News, it was facing the pressure of China’s Communist Party for several years. However, the trouble for the establishment ultimately began after a former elder in the church signed a joint statement in 2018 and called for the freedom of Christian churches throughout the country.

The statement ended up getting signatories from more than 400 Chinese pastors. However, as per the Taiwanese media outlet, many who signed the statement were later tracked down and faced criminal charges across the nation. It is to note that in March 2021, provincial authorities in Sichuan placed the Early Rain Qingcaodi Church on their blacklist of illegal organizations. Now, the church was forced to go underground and their leadership has been taken in.

Apart from the Christian community, China has already faced fire from the international community for the human rights violations of the Muslim ethnic minority of Uyghurs in the remote area of Xinjiang. Even the United Nations (UN) has said that over a million Uyghurs are known to be detained in the ‘concentration camps’ which the CCP has called ‘educational centres’.

Now, during the 3-4 December event, Chinese President Xi Jinping attended the conference which reportedly summarised the achievements and experiences of religious work. China Christian Daily stated that the conference analysed the situation and tasks faced by religious work, and expounded new thoughts, notions in the ‘new era’. Chinese news agency Xinhua stated that it “clarified the insistence of sinicizing religion in China, and the perseverance of doing a good job in guiding ideology, strategic objectives, key tasks and policy measures for religious work in the new era".

WE RECOMMEND
Lithuania pulls remaining diplomats from China amid tensions looming over Taiwan
China tries to impose border hegemony, controversial land law to come into effect on Jan 1
China warns 'Day of Reckoning' for US troops absolved of war crimes 'in many countries'
Taliban wants to enhance ties with China after getting humanitarian aid, claims mouthpiece
China targeted Taipei's diplomatic allies after excluded from US' Democracy summit: Taiwan