China 'continuing To Harden Its Position' Along Border With India: US Defence Secretary

The US Defence Secretary said that America "stands by its friends" as Beijing adopts the "war coercive" and "aggressive approach" to its territorial claims. 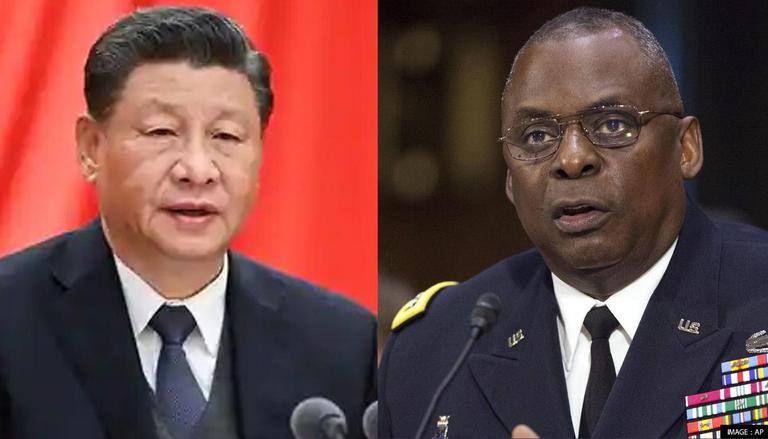 
After the Chinese Foreign Ministry asserted that China and India have the desire and competence to resolve border issues through communication, US Defence Secretary Lloyd James Austin said on Saturday said that China is continuing to harden its position along the borders. Austin claimed that America "stands by its friends" as Beijing adopts the "war coercive" and "aggressive approach" to its territorial claims. Earlier on May 8, US Army's Pacific Commanding General, Charles Flynn, had spoken about China's infrastructure expansion along the borders in the Ladakh sector, terming the Chinese operations as "eye-opening."

However, the Chinese Foreign Ministry had slammed the United States and accused it of adding "fuel to the fire." Now, US Defence Secretary Lloyd Austin hit out against Beijing and said that the country was taking an aggressive approach. Speaking at the Shangri-La Dialogue in Singapore, Austin noted that China is making illegal approaches to the territories it claims in the South China Sea and making advancements regarding its ‘illegal’ maritime plans.

“Further to the West, we see Beijing continuing to harden the position along the borders it shares with India,” Austin said at the Dialogue. Emphasising on China’s recent moves to build bridges and extend its infrastructure such as roads and residential units in the border areas with India, Austin stated that the US, “remain unwavering in our mutual defence commitments." It is pertinent to note that the Indian and Chinese troops are engaged in a tense border standoff in eastern Ladakh since May 5, 2020, when violent clashes erupted between the sides in the Pangong lake area.

US Army's Pacific Commanding General Charles Flynn, on May 8, had expressed worry over China's infrastructure expansion along its borders with India. Following this, a Chinese spokesperson described the border situation as "mostly stable," adding that the two nations' front-line soldiers have achieved disengagement in most portions of the western sector along the Line of Actual Control (LAC). "The China-India boundary question is a matter between the two countries," Zhao Lijian remarked.

READ | China sends out chilling warning to US; 'Will not hesitate to start war on Taiwan'

Meanwhile, Indian External Affairs Ministry spokesperson Arindam Bagchi stated that the government is dedicated and taking all necessary and reasonable actions to protect territorial integrity and sovereignty. Earlier in May, the two countries had a discussion over border issues and agreed to hold the next round of Commander level talks as soon as possible.