The killing of a pet dog whose owners was in quarantine, has triggered outrage on the Chinese social media website and raised questions about extreme measures. 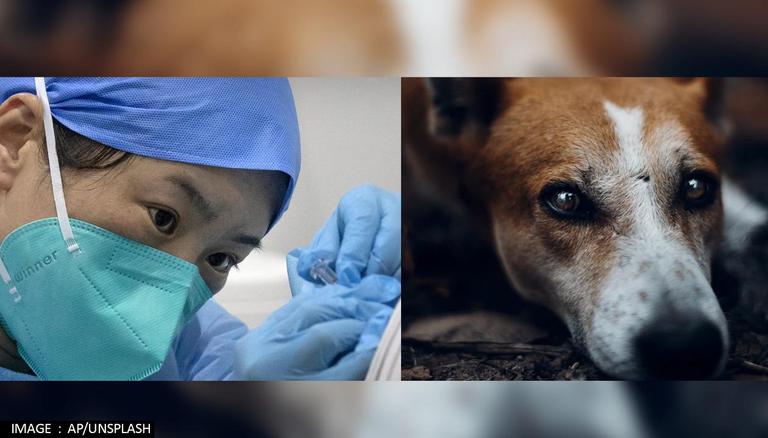 
The killing of a pet dog, whose owner was in quarantine after contracting COVID-19, has triggered outrage on a Chinese social media website and raised questions about extreme measures health workers are taking to battle the Delta outbreak. According to The Guardian, a resident of Shangrao, in Jiangxi province, posted allegations on Weibo that her pet dog was beaten to death by Chinese health workers inside her apartment while she was quarantining in a hotel that didn’t allow animals. An unsettling video, which was captured by the apartment’s security camera, showed one of two PPE-wearing individuals hitting the dog with a crowbar.

The killing of the dog has sparked a massive outcry on Chinese social media over the weekend. As per the media outlet, Shangrao authorities, on the other hand, apologised for not communicating with the dog’s owner and said that the health worker in question had been dismissed from the role. The officials also claimed that the dog had been “dealt with”. In a statement, the local government of the province confirmed that the dog was killed as part of the need to “thoroughly disinfect” homes in the community.

Following their response, a hashtag related to their apology note was viewed about 210 million times. Weibo's users questioned the suggestion that the worker had acted without authority. They also criticised the censoring of online posts about the incident. Moreover, the dog’s death has also sparked a heated debate about animal rights, as well as no shortage of reflection on just how far unchecked government power can be expanded during the pandemic at the expense of individual rights.

Meanwhile, it is to mention that this is not the first time that the Chinese authorities have killed pets as part of their stringent COVID-19 response. Back in September, three cats in the northeastern city of Harbin were reportedly killed after testing positive for the virus without consent from their owners. In another case, cats belonging to a Chengdu resident quarantined as a close contact were euthanized. In this incident, the animals had not even been tested for the virus.

These cases have prompted waves of fear among pet owners. Previously, according to the measures, the animals were supposed to be taken care of while their owners were quarantined. However, as China pursued a zero-COVID strategy, the criteria for people to be quarantined widened. It is to mention that advice from national disease control centres is that a COVID-19 patient should be isolated from both people and animals, but it also states that there is no conclusive research on the risk of COVID-19 transmission from pets to their owners.