Pertaining to the “oppression” of the incumbent Xi Jinping government, the number of Chinese citizens seeking political asylum overseas has spiked significantly 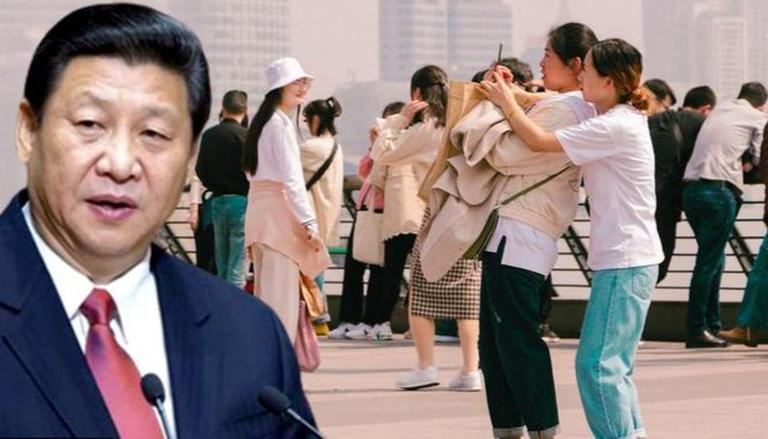 
Pertaining to the “oppression” meted out by the incumbent Xi Jinping government, the number of Chinese nationals seeking political asylum overseas has spiked significantly, a prominent rights group claimed. In its latest report, Safeguard Defenders compared immigration figures from previous years and stated that people were moving abroad in a “desperate act” to avoid the growing risk of transnational repression. To substantiate its point further, the group cited a UN High Commission for Refugees (UNHCR) report revealing that while 12,000 Chinese nationals sought asylum overseas in 2012, their number grew to 1,20,000 by last year.

“Seeking asylum is for many a desperate act, reserved for those with few other options, which does not apply to the great many Chinese who have moved, and continue to do so, to the U.S, Australia, and beyond, often via naturalization, work visas or property purchases,” Safeguard defenders said its report.

Interestingly, earlier this month, China asked all nationals to sell their overseas property in an attempt to avoid getting them seized by western forces (in view of the barrage of economic sanctions) amidst the Russian invasion of Ukraine. Meanwhile, the report revealed many Chinese citizens have also accepted refugee status in foreign lands. It said that as many as 7,30,000 citizens have moved out of Chinese territory since 2012, out of whom, at least 1,70,000 have been living under refugee status.

It blamed the Xi Jinping-led Communist regime for the same. “Year by year, since Xi Jinping came to power, in lockstep with a more oppressive system of governance, the number of asylum-seekers from China has continued to grow at an alarming rate.” Since assuming power in 2013, Jinping has been accused of persecuting minorities, imposing draconian policies and curtailing freedom of expression among other things.

One particular aspect highlighted by Safeguard Defenders’ leading researcher Jing jie Chen, noted that the data also reflected the impact of Xi Jinping’s unprecedented Zero COVID Policy. “China has basically been in a state of lockdown during the past couple of years that these data are from, and it is actually very difficult for asylum seekers to go abroad,” Chen said while speaking to Rado Free Asia. Despite that, he added, the number of asylum seekers reached a new high “with the number of asylum seekers rising every year over the past three years."

Talking about countries that offer refugees to Chinese nationals, the oversees rights group added that the US remained the top priority, and has accepted at least 88,722 applications from mainland China just in 2021. Australia was the second most popular destination and has taken in at least 15,774 Chinese nationals in refuge last year. Other popular destinations include Canada, Brazil, South Korea and the UK.