China Seals Wuhan, Other Cities Due To ‘worst’ COVID Outbreak Despite 1.6 Bn Vaccinations

"Seeing Wuhan people panic buying at supermarkets makes me feel sad. Only those who have experienced it understand how terrible it is," a resident said on Weibo 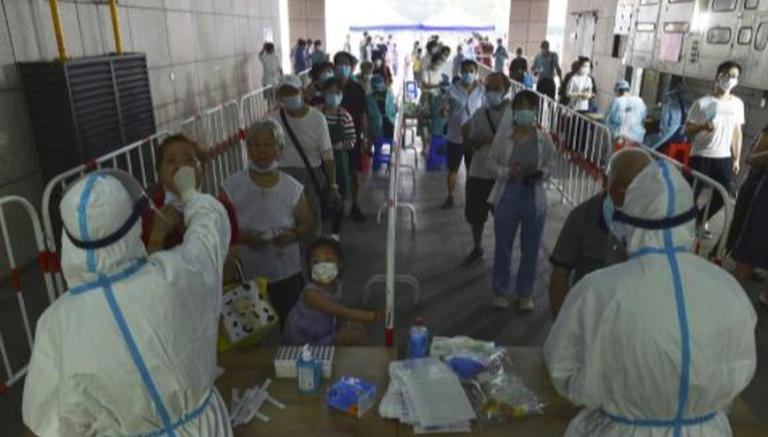 
China is grappling with one of the ‘worst’ outbreaks of the Delta variant with several uncontrollable locally transmitted COVID-19 cases since January, with Jiangsu province hit the hardest. The people’s Republic of China has scrambled to ban large gatherings as the new infection surge tore through the Wuhan city — where SARS-CoV-2 first emerged in December 2019.

Harrowing scenes emerged as the PRC initiated rigorous mass testing and tracing, sealing several cities including the Wuhan to diagnose the residents, state-run media Xinhua News Agency reported. China has administered more than 1.6 billion doses of COVID-19 vaccines among all the eligible adults but the new SARS-CoV-2 flare-up has caught the inoculated population in breakthrough infections, and NHC has turned to more stringent tracing measures for containment. 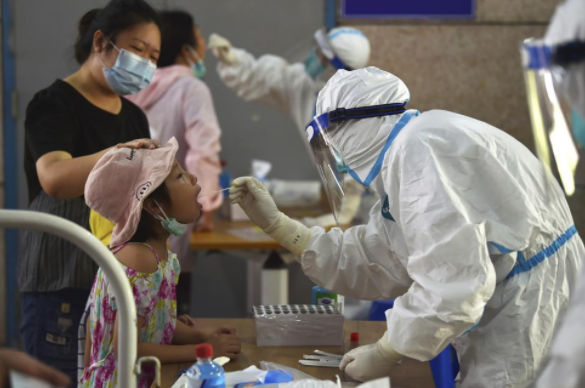 [A nurse takes swab samples in the new rounds of Covid-19 testing in Nanjing in eastern China's Jiangsu province. Credit:Chinatopix Via AP] 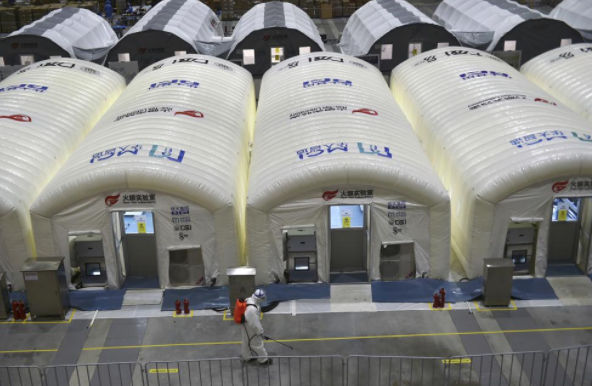 [A worker disinfects the flooring outside the inflated cabins at the pop-up Huo-Yan Laboratory set up in an expo center to test samples for the covid-19 virus in Nanjing in east China's Jiangsu province. Credit:Chinatopix Via AP]

Across several major cities from Beijing to Wuhan, health authorities imposed widespread travel restrictions as over 90 new cases of the COVID-19 were registered, of those 71 were locally transmitted, the Chinese National Health Commission (NHC) said in a statement.

China is seeing strict government clampdowns in several urban pockets with scenes resembling the 2020 SARS-CoV-2 outbreak. The southeast country is battling 144 medium- and high-risk areas in a record high spread since the outbreak of early 2020, the National Health Commission said. Authorities suspended domestic travel, and public transport including the inter-city coach, taxi, and online car to the high-risk areas of the delta variant spread.

In Wuhan, at least 7 confirmed cases of the novel coronavirus were reported among the migrant workers that alarmed the authorities, the central city was enforced under what was called one of the strictest lockdowns in the world that sent close to 11 million people in home confinement in 2020. Hubei province health commission on Wednesday updated the infection to 20, which included 8 asymptomatic cases, thus launching rapid testing and contact tracing for containment of the newer outbreaks from the highly contagious delta.

On Aug. 4, residents in Hubei province were seen waiting in long queues outside the community testing sites to get a COVID-19 diagnosis as a part of mandatory testing. In fear of fresh pandemic restrictions, particularly stringent lockdown, Chinese in Wuhan started panic buying sweeping the aisles at retail stores empty, creating a shortage of several products. 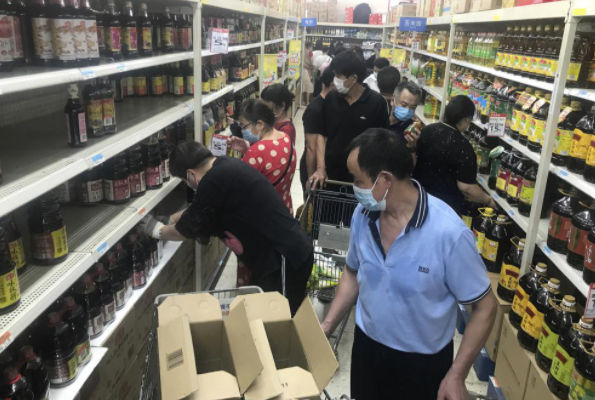 [Residents rush to stock up on necessities at a supermarket after authorities lockdown near residential blocks to prevent the spread of the COVID-19 in Wuhan city in central China's Hubei province. Credit: AP] 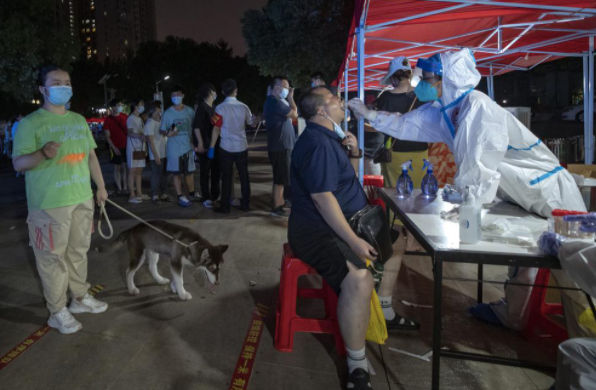 [Residents line up for Covid-19 tests near a banner with the words "Epidemic is the Order" in Wuhan in central China's Hubei province. Credit: AP]

"Seeing Wuhan people panic buying at supermarkets makes me feel sad. Only those who have experienced it understand how terrible it is, (we) dread a return to the days of staying at home and not knowing where the next meal is," said a Wuhan resident on Chinese microblogging site Weibo. While no citywide lockdown has been announced for Wuhan as of Wednesday, citizens speculated several targeted restrictions might be enforced soon.