In the wake of Japan ramping up its Defence spending and joining forces with the US, China has warned the two nations to not make it an “imaginary enemy." 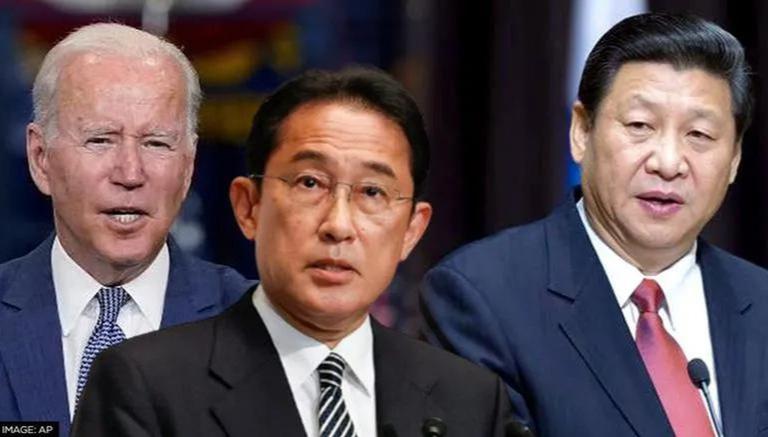 
In the wake of Japan ramping up its defence spending and joining forces with the United States, China has warned the two nations to not make it an “imaginary enemy” and stop turning the Asia-Pacific region into a “wrestling ground." The remarks were made by Chinese Foreign Ministry spokesman Wang Wenbin at a press briefing on Friday, according to Sputnik.

“The Asia-Pacific is an anchor for peace and development, not a wrestling ground for geopolitical competition. Countries in the region are for justice and against hegemonism. They hope to engage in cooperation, not confrontation. They aspire for true multilateralism and reject small circles that incite bloc confrontation.”

Wenbin further urged Japan to “abandon” its “Cold War mentality and ideological bias” against China and “stop creating imaginary enemies and stop trying to sow the seeds of a new Cold War in the Asia-Pacific, and not become disruptors of a stable Asia-Pacific.”

China accuses US, Japan of finding 'pretexts for a military build-up'

The Chinese Foreign Ministry spokesman also addressed the joint statement issued by the US-Japan Security Consultative Committee in Washington on January 11 after foreign and defence ministers of the two countries held meetings that touched upon China’s attempts to “reshape the international order” and “unilaterally change the status quo by force in the East China Sea.”

“The wording on China in this joint statement smacks heavily of a zero-sum Cold War mentality and contains groundless smears and attacks on China,” he said.

“The US and Japan claim to advance regional peace and security, but engage in finding pretexts for a military build-up and the willful use of force. They claim to champion a free and open Indo-Pacific, but put up various exclusionary blocs to create division and confrontation. They claim to uphold the rules-based international order, but trample on international law and the basic norms governing international relations and grossly interfere in other countries’ internal affairs,” the spokesman added.

Wenbin’s remarks come after Japan announced its plans to significantly boost its defence expenditure over the span of the next five years in order to become the world’s third-largest military spender after the United States and China. It also comes as the United States remains worrisome over China's growing assertiveness in the Indo-Pacific region, particularly in Taiwan.