In the latest addition to the injustice faced by minorities in China, a new decree by the Xi Jinping govt imposes Mandarin language on all preschool children 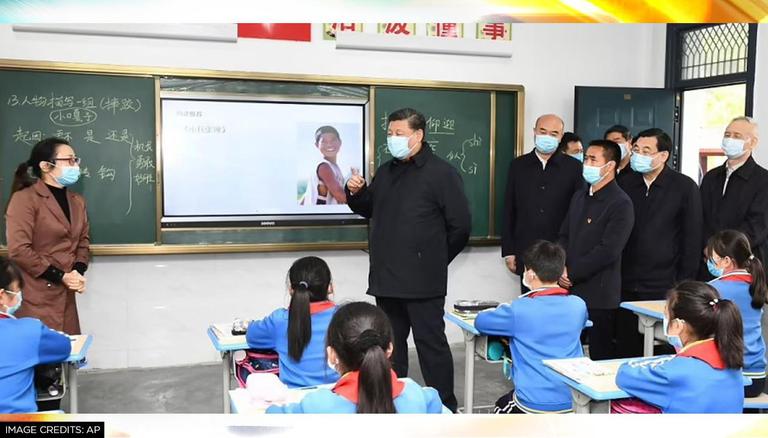 
In the latest addition to the injustice faced by minorities in China, a new decree by the Xi Jinping government imposes the Mandarin language on all preschool children. According to the Tibetan Centre for Human Rights and Democracy (TCHRD), the ordinance requires kindergartens across ethnic and rural areas to use Mandarin as the medium of instruction for school activities.

"The decree -- announced in July came into force this month -- read: Starting from the fall semester of 2021, all kindergartens in ethnic areas and rural areas that have not used the national standard language for childcare and education activities will use the national standard language for activities to create a good Mandarin education environment for children," Tibet-centred news portal Phayul reported on Monday.

China's 'Children Homophony Plan for Putonghua Education for Preschool Children' focuses on cultivating a strong foundation of the standard Chinese language and also help "build a community for the Chinese nation from an early age", Phayul said. Activists perceive the decree as an attempt to Sinicize the education system in areas of ethnic and rural populations.

According to Tenzin Sangmo, a researcher at TCHRD: "The plan is designed to weaken the child's grasp of one's mother tongue in the first few years. Although studies have shown that children are capable of picking up more than one language in early years and much rest in the hands of parents, we must remember that the imposition of compulsory Mandarin education in this context would serve as a conduit for Sinicisation lessons and cultural values that come with the introduction of a language."

As per the new law, teachers in batches between 2021- 2025, will also have to undergo 'national common language application ability training'. Activists fear that such decrees will make it difficult for the Tibetan language to sustain.

Lash month, the Chinese police arrested a teenager in Trotsik Township, Ngaba County, for allegedly petitioning the local government office to have the Tibetan language teaching prioritized in school, reported Phayul.  Another Tibetan commoner named Tashi Wangchuk was sentenced to five years in prison after he protested for language rights. Raising voices for language rights has become dangerous in Tibet with the Chinese government using blanket charges like 'inciting separatism' on such activists.

WE RECOMMEND
Amid growing concerns over China, here are pacts that nations formed to counter Beijing
Explained: What is China's Evergrande Crisis? How could it affect global markets?
China calls for 'dialogue, cooperation' at UN; says won't fund foreign coal plants abroad
Growing bipartisan consensus in US that China represents competition: Dhruva Jaishankar
UK will call for Russia and China to agree on Afghanistan strategy: Liz Truss