Currently, there are 36 embassies of various nations in Kabul and in return and most of these were shut down during the Taliban's seize of power. 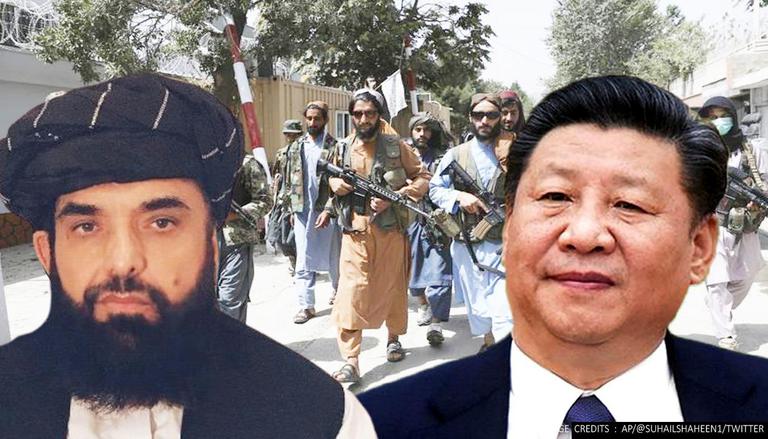 
The Taliban on Friday informed that China would continue to maintain their embassy in Kabul. Taliban spokesperson Suhail Shaheen informed that Abdul Salam Hanafi, the deputy head of the Taliban political office in Qatar, held a telephonic conversation with Deputy Foreign Minister of China Wu Jianghao, where the decision was taken. Earlier, the Taliban had urged all countries to reopen the embassies in Kabul, which were closed after the organisation seized control of the country in August.

China will maintain their embassy in Kabul

China has been openly batting for the Taliban and was one of the few countries to agree to accept the new Taliban rule as a legitimate government. Reaffirming the same, the Taliban has now informed that the Chinese embassy will open and continue operations in Kabul. During the phone call, where the decision was taken, the two sides also discussed the current situation in Afghanistan.

"Abdul Salam Hanafi, Deputy Director, PO held a phone conversation with Wu Jianghao, Deputy Foreign Minister of the People's Republic of China. Both sides discussed the ongoing situation of the country and future relations," Qatar-based spokesperson of Taliban Suhail Shaheen tweeted. "The Chinese Deputy Foreign Minister said that they would maintain their embassy in Kabul, adding our relations would beef up as compared to the past. Afghanistan can play an important role in security and development of the region. China will also continue and increase its humanitarian assistance especially for the treatment of COVID-19," Shaheen further tweeted.

The situation in Afghanistan has been deteriorating by the day ever since the Taliban seized control of the war-torn country in August. The Taliban’s attack to take control came after the United States announced their troops’ withdrawal from the region. On August 15, the Afghan government fell after President Ashraf Ghani fled the country. The US forces completed their withdrawal from the country on Tuesday, heeding their deadline.

Meanwhile, the Taliban has asked countries to reopen their embassies in the country. The group called on countries, especially the US, to resume diplomatic relations with Afghanistan. Currently, there are 36 embassies of various nations in Kabul and in return, had 71 embassies and general consulates in those foreign nations. While most of these countries shut their operations in Kabul during the seizure of power by the Taliban, some openly announced the suspension of all diplomatic relations with the country. However, China and Pakistan have been openly supporting the Taliban’s newly forming government.

READ | UK will rescue those left behind in Taliban controlled Afghanistan: Dominic Raab