China, which is already washed by record-breaking floods, now braces itself for another natural phenomenon-Typhoon In-Fa which made its landfall on Sunday. 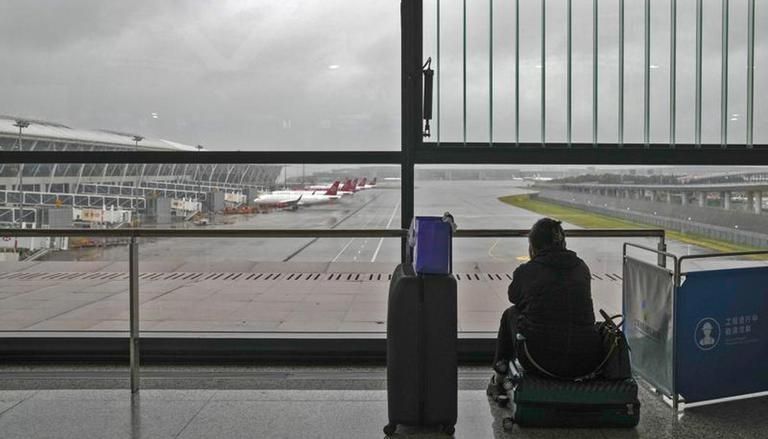 
China, which is already washed by record-breaking floods, now braces itself for another natural phenomenon-Typhoon In-Fa. According to the meteorological department, the tropical typhoon made its landfall at 12:30 local time Sunday in Putuo district of Zhoushan, a city located on the country’s east coast. As a precautionary measure, the country's largest financial hub Shanghai and other neighbouring regions have cancelled all flights and trains as well as shuttered down their businesses.

As per a Xinhua news report, authorities in Zhejiang province have ordered the closure of schools, markets and businesses. Zhoushan Bridge that connects islands near Ningbo was also closed. Later, BBC reported that disruptive winds, rough seas and flooding are expected in the eastern region. Pertaining to the same, dozens of ships have been evacuated from Yangshan Port, a busy port south of Shanghai.

A flood-hit China has already witnessed mass obliteration, relocation of nearly one million people and deaths of at least 57 people in recent days. Now, China's National Meteorological Center said that the typhoon is expected to bring more territorial downpour to the stricken region. From Sunday, the typhoon will bring "long periods of extremely heavy rainfall", the agency said adding that coastal areas "should guard against the combined impact of wind, rain and tides".

The China Meteorological Administration (CMA) has forecasted that Typhoon In-Fa could hit the coast of Zhejiang province, south of Shanghai, on Sunday afternoon or evening. It warned the citizens to stay indoors as the storm could blow with the speed of 155 kph (95 mph) with gusts up to 191 kph (120 mph) as it moved northwest away from Taiwan. It also warned the large container to avoid venturing into the sea. Earlier on Friday, large container ships were evacuated from Yangshan Port in Shanghai, one of the world’s busiest shipping centres.

The state media also reported that the train service in parts of the Yangtze River Delta region around Shanghai will be suspended from Saturday to Thursday. The reports also said that Zhengzhou claimed a loss of about $10 billion due to the flood. Still, the city continues to drain inundated areas and cart away damaged vehicles and household items.