China’s economy sank in the latest quarter as a slowdown in construction and curbs on energy use weighted on its recovery from the coronavirus pandemic. 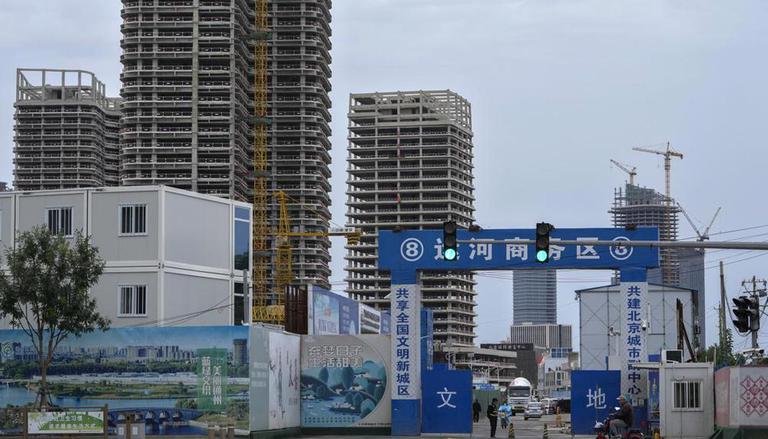 
China's economy sank in the latest quarter as a slowdown in construction and curbs on energy use affected its recovery from the coronavirus pandemic. While the Asian country showed considerable growth at the start of the year, economic progress slowed down as months passed.

Regardless, the country’s Gross Domestic Product (GDP) totals over 82.31 trillion yuan (US$12.79 trillion) in the first three quarters. It is worth mentioning that China is world’s second-largest economy, preceded only by the United States of America.

As per the latest set of data released by the China’s National Bureau of Statistics, the country showed a growth of 4.9% in the three months ending in September. It had grown by 7.9% in the second quarter. While the coronavirus pandemic had already marred the economy, factors like weakened factory production and retail, and investment in construction along with other fixed assets further slowed GDP growth.

“In the third quarter (Q3), the country's GDP grew 4.9 percent year on year, slower than the growth of 18.3 percent in Q1 and 7.9 percent in Q2,” the Chinese government said in a statement.

Construction, an industry that supports millions of workers in China, slowed down since regulators tightened control over borrowing by developers, according to PTI.

Additionally, power cuts across many provinces jeopardized factories and production. Nevertheless, "China's economy continued stable recovery in the first three quarters of this year with major indicators staying within a reasonable range," as per China’s State Council Information Office.

China's #GDP totaled over 82.31 trillion yuan (US$12.79 trillion) in the first three quarters of 2021, up 9.8% year on year, according to a press conference on the country's economic performance on Monday. #PressroomHighlightshttps://t.co/h2WU8zcqmS pic.twitter.com/11u2Rz5ZnO

Previously, the International Monetary Fund had projected the GDP of China to grow further in 2022.

"The dangerous divergence in economic prospects across countries remains a major concern. Aggregate output for the advanced economy group is expected to regain its pre-pandemic trend path in 2022 and exceed it by 0.9% in 2024," said IMF chief economist Gita Gopinath in a blog.

"By contrast, aggregate output for the emerging market and developing economy group (excluding China) is expected to remain 5.5% below the pre-pandemic forecast in 2024, resulting in a larger setback to improvements in their living standards.

These divergences are a consequence of the 'great vaccine divide' and large disparities in policy support. Furthermore, many emerging markets and developing economies, faced with tighter financing conditions and a greater risk of de-anchoring inflation expectations, are withdrawing policy support more quickly despite larger shortfalls in output," noted the IMF Chief economist.