China's Officials Operating In Other Nations To Forcefully Deport Uyghurs: Lawyers To ICC 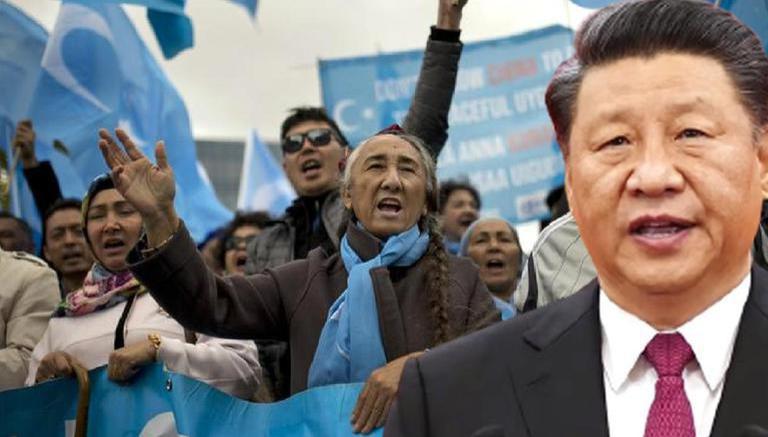 
Chinese officials are operating in foreign nations to get the ethnic Muslim minority of Uyghurs deported back to China by creating visa issues and also by pressurising them into becoming informants, reported The Guardian citing evidence provided to the International Criminal Court (ICC). The submission by Uyghurs to ICC is reportedly the third attempt to get an investigation launched into alleged crimes committed by the Chinese authorities against humanity and genocide including the use of forced deportations of Uyghurs back to China.

While previous complaints were dismissed by the international criminal court because China was not a signatory and is outside its jurisdictions. It is pertinent to note that ICC was established to deliver justice for the worst crimes across the globe. This time, ICC has left the case open and has sought more evidence into the matter of forced deportations of Uyghurs.  As per the report, the brief on Thursday was submitted on behalf of the self-proclaimed East Turkistan government in exile and the East Turkistan National Awakening Movement.

It also said that the latest evidence met the ICC’s threshold and even constituted “insider witness testimony” from the members of the ethnic Muslim minority, Uyghurs who are reportedly facing a series of human rights abuses in china’s Xinjiang. The United Nations (UN) has estimated that there are nearly one million Muslims who have been detained in the Asian country’s remote region. However, China has condemned the allegations and claims that the camps in the area are set up to provide ‘vocational training’ to tackle extremism.

The brief to ICC also stated that it included the testimonies of Uyghurs who were forced into working with Chinese officials to have other Uyghurs deported from Tajikistan which is the court’s state party. The media outlet quoted the lawyer of the group, Rodney Dixon QC as saying, “They can give evidence directly to the ICC about how [Chinese officials] would focus their strategies on coming into Tajikistan and getting Uyghurs detained, arrested and deported out...So it’s first-hand testimony from witnesses who are now accessible to the ICC to be interviewed, about how Chinese officers are operating on Tajikistan soil.”

As per the report, witnesses in Tajikistan have accused Chinese officials of threatening people to get them to work with them or be their informers and even creating “problems with visas and paperwork”. Dixon was further quoted by The Guardian as saying, “They created a legal problem, and then used that to arrest people and ship them out in small numbers so it’s not noticeable” while adding that family members of the people who tried to speak out were also targetted.