The National Health Commission announced Tuesday that 59 new cases have been discovered in the previous 24 hours, bringing the total to 102. 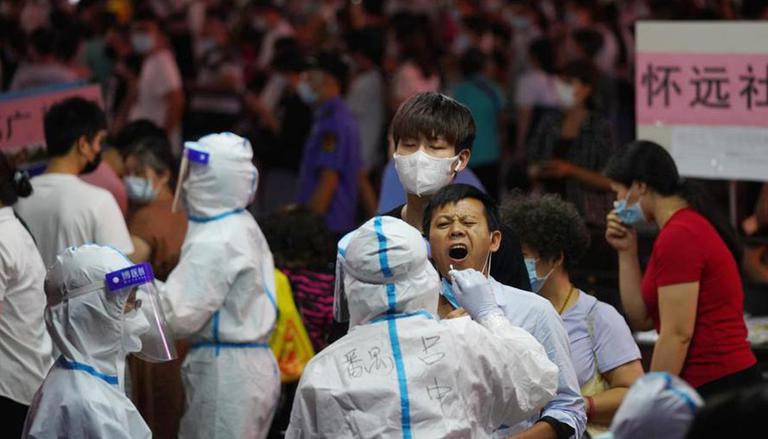 
Following a COVID delta variant outbreak late last week, the second city in southern China is experiencing an increase in COVID-19 cases. The National Health Commission announced Tuesday that 59 new cases have been discovered in the previous 24 hours, bringing the total to 102. On China's east coast, they are all in Fujian Province. In the last two days, the port city of Xiamen has confirmed 33 cases. A total of 59 cases have been discovered in Putian, around 150 kilometres north of where the outbreak was first discovered. Xiamen shut down the impacted areas, entertainment and exercise places, and cancelled group activities, including those planned for the approaching Mid-Autumn Festival holiday. Long-distance bus service to other sections of the province is no longer available.

An elementary school in Fujian Province has been linked to the outbreak. According to the BBC, the infection could have been spread by a student's father, who tested positive last week. Fujian authorities asked that all teachers and students be tested within a week. On August 4, the student's father returned from Singapore. He was quarantined for 21 days and subjected to nine nucleic acid and serologic tests, all of which came negative, according to a report in the state-run Global Times newspaper. The current outbreak follows China's suppression of the greatest outbreak since Wuhan in Nanjing a month ago.

Everyone exiting Putian must produce proof of a negative COVID test taken within the last 48 hours. Between late August and September 10, when the first cases in the new outbreak were confirmed, more than 30,000 people are thought to have left Putian for other parts of the nation. According to South China Morning Post, some local governments are advising residents not to travel during the next national holiday season, particularly to locations where COVID-19 outbreaks are still active.

COVID has been virtually eradicated in China, but there are still rare breakouts. A delta variant outbreak extended throughout multiple provinces in July and August, prompting fears of new and more contagious variants. With widespread testing, regional lockdowns, and aircraft suspensions, China was able to limit the spread of the COVID delta variant about a month ago.