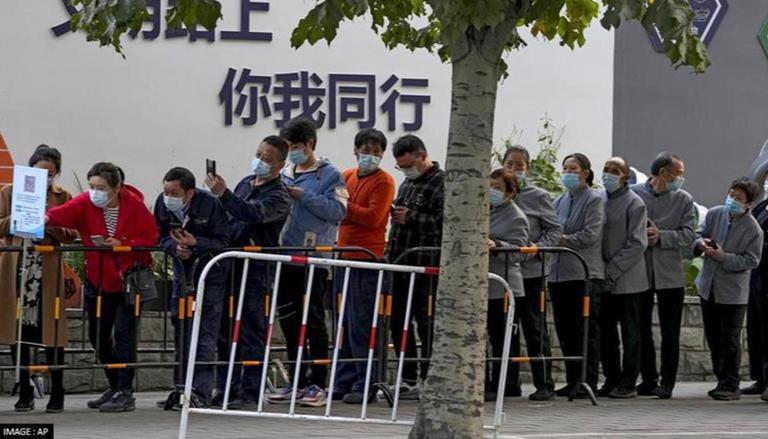 
Amid rising COVID-19 infections in China, the health officials said that the country has been facing "external" pressure to prevent the spread of domestic cases, reported a local media report on November 5, Friday. According to the report published in the Chinese government mouthpiece, The Global Times, China's Deputy Director from the National Health Commission Disease Control Bureau, Wu Liangyou said that the country has been facing a serious threat to prevent the rebound of domestic Coronavirus cases. Notably, the statement from Liangyou came during a press conference when the country is facing a new wave of COVID-19.

According to official figures released by the Chinese health department, the new variant of the virus hit at least 44 cities and 20 provinces. As of now, about 918 new cases link back to multiple imported sources unrelated to each other were registered, Global Times reported citing a senior official of NHC. When the reporters asked about the proposal by the Communist regime about ditching the "dynamic zero COVI2D" policy on pandemic prevention and control, Liangyou claimed that Beijing's stringent policy fits "national conditions" and scientific philosophy behind pandemic prevention and control" reported Global Times.

Further, he said China would maintain stringent pandemic prevention and control measures for building a strong fence to contain the domestic resurgence. Citing the top Chinese official, the Communist mouthpiece said several holiday resorts were ordered to shut down their services in Jiangxi province. Moreover, the authorities were also directed to restrict the traffic in the area where COVID cases were reported, local media reported. It is pertinent to mention here that since the pandemic began, Chinese authorities have been conducting mass testing, imposing lockdown and travel restrictions in the country to control the spread of COVID-19.

According to China's National Health Commission, the Chinese mainland had 9,637 cases of imported confirmed infections, taking the overall COVID cases to 97,243. Of them, 91,738 patients have been cured and discharged from the hospital. Furthermore, there still remained 918 confirmed cases, including 33 cases in serious condition and five suspected cases of COVID in China. "People who have already come back to Beijing from travels should report their tracks to local communities, hotels or companies immediately and start self-quarantine," the Beijing Health Commission said in a statement, a senior health official was quoted as saying by news agency  PTI.