Production in Japanese firms located in China has dropped by nearly half as many employees in China are testing positive for COVID-19 amid the current crisis. 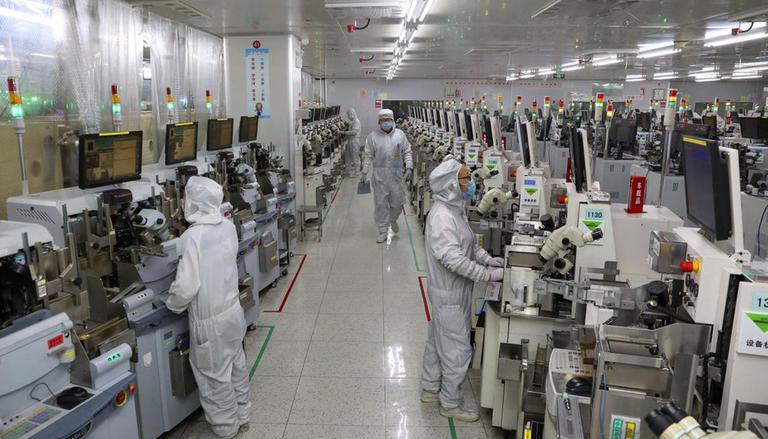 
Production in Japanese firms located in China has dropped by nearly half as many employees are testing positive for COVID-19 amid the current COVID-19 crisis. According to NHK World, on Monday, the Japanese Embassy in Beijing expressed their concern over the current situation and stated that the employees of the affected Japanese firms are being instructed to work from home, to prevent the situation from getting worse. The factories in several Chinese cities are operating in smaller capacities, affecting the production of several international firms operating in China.

China has been witnessing a massive surge in cases after the Xi Jinping administration eased the stringent measures imposed under China’s “zero-COVID Policy”. The move by the Communist Party was taken on December 7 as a response to the anti-lockdown protest in the country. According to NHK World, health authorities in Qingdao, Shandong Province estimated on Friday that new COVID cases in the country have been increasing by 490,000, and 530,000 people getting affected per day. The Chinese city of Qingdao is home to several Japanese firms.

Earlier this month, the head of the Japan External Trade Organization in Qingdao, Yoshikawa Akinobu, expressed his concerns amid the current COVID crisis in the city. During his conversation with the NHK, Yoshikawa asserted that the virus began to spread quickly around December 16. Yoshikawa told NHK that there are Japanese firms that see around “30 to 40 percent of their workforce” testing positive for COVID.

According to NHK, the Chinese Center for Disease Control and Prevention announced that on Sunday, China reported around 2,637 new cases. However, the figures that are being provided by the state authorities are very hard to trust, since the visuals from the hospitals and crematoriums are telling a different story. While the recent surge in COVID cases in China is making the day-to-day life of the citizens miserable, the COVID crisis is also causing a severe impact on the global economy, since a lot of international firms are dependent on factories located in China.