Typhoon Chanthu Heading Towards Taiwan & China: What Does It Mean, How Is It Named & More

Since Typhoon In-fa, Chanthu is anticipated to be the most powerful storm to hit Taiwan or mainland China. The storm is expected to hit on Saturday or Sunday, 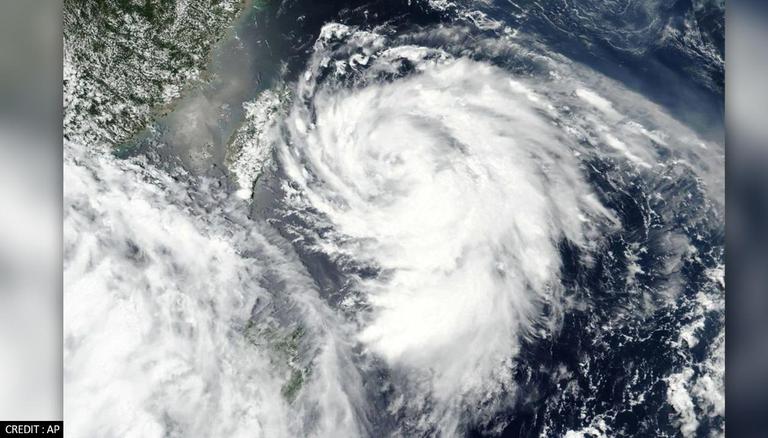 
Months after Typhoon In-fa wreaked havoc in China, another stormy Typhoon, Chanthu is on its way to make landfall this week. It is being predicted by the meteorological department that the Typhoon is gaining strength and is becoming stronger as it nears south china and Taiwan.

According to the Joint Typhoon Warning Center, Typhoon Chanthu has rapidly intensified from a tropical depression to a severe typhoon in the last 36 hours, with maximum sustained winds to 233 kilometres per hour, according to a report by CNN. Chanthu is expected to become a super typhoon in the next few hours.

It's still unknown if Chanthu will blow across Taiwan first before slamming into southern China, or if it would barely miss the island. In any case, the storm is expected to hit on Saturday or Sunday, depending on its ongoing trajectory and speed. Typhoon Chanthu is one of the potentially deadly tropical storms sweeping across the western Pacific.

How has Typhoon Chanthu been named and its meaning?

Four tropical cyclones in the western North Pacific have been given the name Chanthu. The name was given by Cambodia, which means a "flower." Several other Typhoons have been named Chanthu in the past also, including Typhoons that had struck Vietnam (2004), Japan (2016) & China(2010).

On Monday night, a strong typhoon slammed into the eastern Philippines, bringing high winds that caused power outages in several provinces. Typhoon Conson carried sustained winds of 120 kilometres (74 miles) per hour with gusts of up to 150 kph (93 mph), first making landfall at the coastal town of Hernani in Eastern Samar province, before hitting the nearby Samar province early Tuesday, the state weather service said. Severe Tropical Storm Conson made landfall in the Philippines and it is expected to move through the nation eventually moving north to China's Hainan Island.

Since Typhoon In-fa, Chanthu is anticipated to be the most powerful storm to hit Taiwan or mainland China.
Earlier, Typhoon In-Fa, the sixth typhoon this year, made landfall in the coastal area between China's Zhejiang and Shanghai in July. The last typhoon was one of the most severe Typhoons and had displaced many, caused severe destruction in the country. According to Chinese state-run media, the economic damages from the typhoon and flooding were more than $14 billion.