Who Is Nancy Pelosi? US House Speaker Who Landed In Taiwan Amid Simmering US-China Tension

Escorted by Taiwanese fighter jets, US House Speaker Nancy Pelosi landed in Taiwan amid strong warning from China, which claimed her visit as 'US interference' 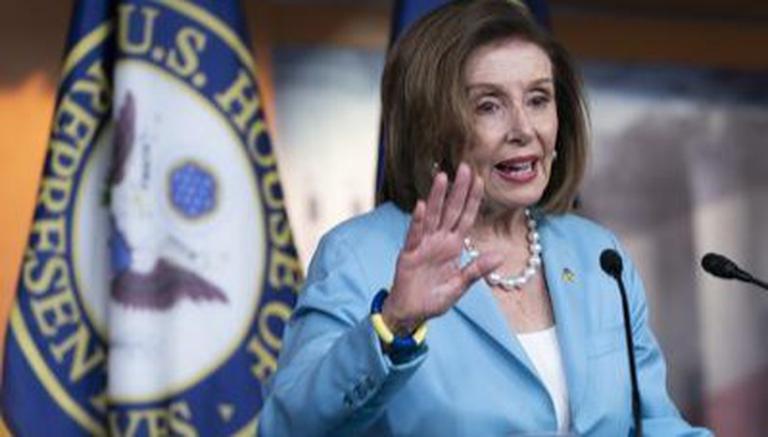 
Nancy Pelosi, the speaker of the US House of Representatives, finally made her landing in Taiwan on Tuesday amid serious warnings from China. Escorted by Taiwanese fighter jets, Pelosi's plane touched down in Taipei around 8.25 p.m. IST on August 2, and said that her visit "honours America's unwavering commitment to supporting Taiwan's vibrant democracy". Since the 82-year-old has made it to the island nation after much anticipation, let us take a look at her journey from Baltimore to Taiwan.

Who is Nancy Pelosi?

Pelosi was born on March 26, 1940, in Baltimore, Maryland, and is currently serving as the 52nd Speaker of the House of Representatives. She made history in 2007 after being elected as the first woman to serve as Speaker of the House. Pelosi regained her position as the Speaker in 2019, becoming the first person to do so in more than six decades.

READ | Amid tensions over Pelosi's Taiwan visit, Moscow TV tower says 'China, Russia is with you'

Her political career took off in 1987 when she won California's 5th Congressional special election and became a member of the House of Representatives as a Democrat.

In the US Congress, Pelosi has represented San Francisco, California’s 12th District, for 35 years and has led the House Democrats for 19 years. Having served in the House Permanent Select Committee on Intelligence from 1993-2003, she is the longest-serving member in US history.

She is also considered a staunch supporter of strict gun purchase laws, protection of pregnant women from discrimination, strengthening America's immigration system, as well as equal rights for the LGBTQ community.

Pelosi is the youngest among her seven siblings and completed her graduation from Trinity College in Washington. She, with her husband Paul Pelosi, a native of San Francisco, has five children and eight grandchildren.

Pelosi, however, also got embroiled in controversy after multiple media reports revealed that the Congresswoman reportedly made millions by buying stocks of big companies like Google and Disney as she allegedly had knowledge about the performance of several companies in the stock market.