Chinese President Xi Jinping on Sunday presented a work report outlining his achievements and future vision to the high-profile plenary session of the ruling Communist Party here ahead of its next week's National Congress, which is expected to give its stamp of approval for his record third five-year term. 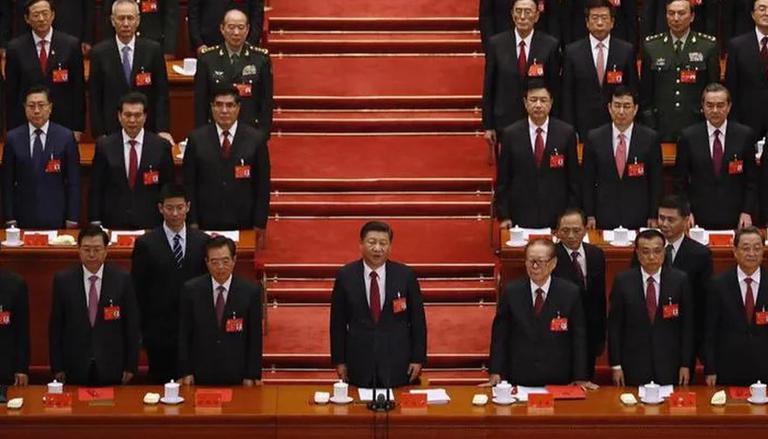 
Chinese President Xi Jinping on Sunday presented a work report outlining his achievements and future vision to the high-profile plenary session of the ruling Communist Party here ahead of its next week's National Congress, which is expected to give its stamp of approval for his record third five-year term.

The plenary session of the Communist Party of China (CPC) attended by about 400 senior officials of the party from all over the country began here to deliberate and approve some of the key policies and documents to be presented to the 20th Congress of the party scheduled to meet here on October 16.

Xi, 69, the head of the CPC, the military besides Presidency, presented the work report and delivered explanatory remarks on a draft report on his last five years to be submitted to the once-in-five-year National Congress, official media here reported.

Wang Huning, Standing Committee member of the CPC besides being its leading theorist and a close confidant of Xi, gave explanatory remarks on a draft amendment to the CPC Constitution.

China's constitution has already been amended in 2018 by National People's Congress (NPC) - the country's parliament - removing two five-year tenures for the President and paving the way for Xi to continue in power beyond his 10-year tenure which will end this year.

All his predecessors except the party founder Mao Zedong retired after 10-year tenures to ensure collective leadership and to prevent the emergence of one leader to lead the party and the country for a prolonged period besides promoting new leadership from the ranks.

Though no details were released about the amendment to the CPC Constitution, the changes to be approved by the Congress was expected to provide more power to Xi besides elevating his position further.

"We must amend the constitution in accordance with the new conditions we face and the missions the party needs to carry out…We must incorporate the latest theoretical and strategic thinking into the party constitution,” a recent report by the state-run Xinhua news agency said.

The CPC already added "Xi Jinping Thought on Socialism with Chinese Characteristics for a New Era" to its Constitution in 2017.

A total of 2,296 delegates were "elected" to attend the week-long 20th National Congress of the CPC starting from October 16, which was expected to endorse Xi’s unprecedented third term and perhaps pave the way for his lifelong continuation in power like Mao.

A CPC plenary meeting held in November last year released a 14-page communique eulogising Xi’s leadership and his “core” status in the party making it explicitly clear that he would continue in power for an unprecedented third term after completing his second five-year term in 2020 not retiring unlike his predecessors. PTI KJV ZH ZH