Xi Jinping last visited Myanmar on January 18, 2020, to attend the 70th anniversary of China-Myanmar diplomatic relations and has since cancelled abroad visits. 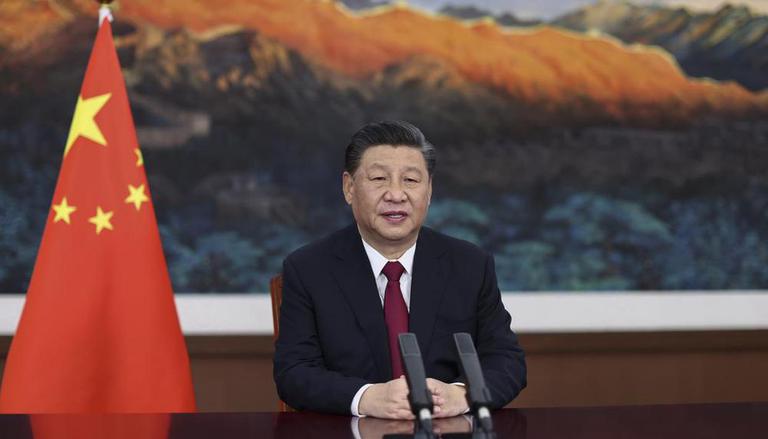 
Chinese President Xi Jinping’s physical wellbeing has spun back in focus after the latter refused to head overseas for diplomatic dialogues or travel anywhere outside Beijing, flaring speculations about his physical health. The leader of the Chinese Communist Party has reportedly refrained from moving outside of his country for more than 600 days now, and has mostly attended all the meetings via videoconferencing, ANI reported citing sources familiar with the development that spoke to The Singapore Post. Jinping last visited Myanmar on January 18, 2020, to attend the 70th anniversary of China-Myanmar diplomatic relations and year of culture and tourism. He had met with the then President U Win Myint and, now in detention, State Counsellor Daw Aung San Suu Kyi.

Jinping spoke over the phone with Russian President Vladimir Putin, German Chancellor Angela Merkel and French President Emmanuel Macron. This raises questions about the Chinese President's health as he hasn’t reportedly travelled abroad for diplomatic meets, as well as has cancelled the in-person meetings in the past owing to ill health, The Singapore Post reveals.

READ | What is CPTPP? Know everything about the pact that has got China, Britain interested

In 2012, China’s President called off the meeting with the then US Secretary of State Hillary Clinton, former Danish Prime Minister Helle Thorning-Schmidt and Singapore's Prime Minister Lee Hsien Loong over bad health. While delivering a speech in Shenzhen on October 14, 2020, to promote the continued development of China's first special economic zone, the Chinese president was heard repeatedly coughing, raising speculations that he was probably sick.

"Xi Jinping coughs and coughs at Shenzhen event," the now shut down pro-democracy Hong Kong newspaper Apple Daily, known for anti-Chinese Communist Party sentiments had run the headline. The paper reported that in the second half of his 50-minute speech, Chinese President Xi Jinping “frequently paused to drink water and coughed repeatedly."  "Whenever Xi stopped, the live feed from state broadcaster CCTV would turn the camera to guests sitting beyond the main table, but it could still capture the sounds of Xi's coughing and drinking," the newspaper reported.

Separately, during his visit to Italy, Monaco and France in March 2019, the Chinese leader appeared to walk with unsteady steps with a slight limp while inspecting the honour guards and touring the local sights. Later, at a meeting with French President Emmanuel Macron, Jinping was seen in news footage grabbing both the arms of his chair for support as he sat down, confusing the broadcasters that questioned his physical wellbeing. But his recent reluctance for travelling abroad to meet foreign leaders and dodging face-to-face meetings, and his unconfirmed in-person attendance of the G20 meeting scheduled for October 2021 in Rome has cast doubts whether the Chinese President is suffering an illness and has been unwell.

READ | 'Destroyer of peace': China slams US as its warship sails through Taiwan Strait