'Distorting situation in region': Xinjiang Regional Govt Slams US Move To Ban Goods From China Over Rights Abuses Of Uyghurs

Hours after US President Joe Biden signed a bill to ban imports from China's Xinjiang, Washington was accused of "distorting the situation" in the region. 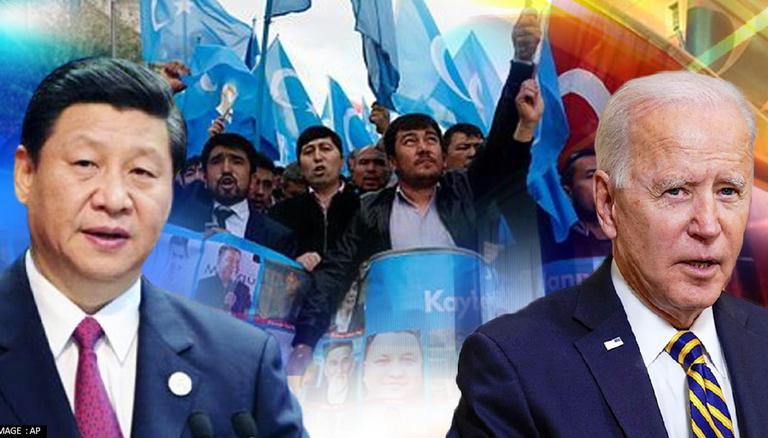 
Hours after US President Joe Biden signed a bill to ban imports from China's Xinjiang, Washington was accused of "distorting the situation" in the region. Addressing media reporters in capital Beijing, the spokesperson for the Xinjiang region governor, Xu Guixiang said that the US bill interfered in China’s internal politics and aimed at restricting the communist country’s progress. Earlier this week, Biden signed a bill ‘H.R. 6256’ or the Uyghur Forced Labour Prevention Act that bans the imports from China's Xinjiang region in a move to hold the Chinese government accountable for the human rights abuses on Uyghur minority and other ethnic communities.

Xu Guixiang further lambasted the US for signing the prevention act by saying that it distorted the situation and was against international laws and conventions. He said that Xinjiang was not facing a “forced labour problem” as argued by the White house. China’s Foreign Affairs Committee, he said, was mulling strong countermeasures if the US did not refrain from “acting arbitrarily.”

What is the Uyghur Forced Labor Prevention Act?

The law bans the goods from the areas dedicated as the "high priority" in the legislation. The US Customs and Border Protection Agency says that about $9 billion (€7.9 billion) of cotton products was imported into the US from China, reports confirmed. Some of the major corporations that used forced labour to manufacture the items will now be held accountable. The law was passed at the US House of Representatives and the Senate earlier last week.

“Goods manufactured or produced in Xinjiang shall not be entitled to entry into the United States unless Customs and Border Protection (1) determines that the goods were not manufactured by convict labor, forced labor, or indentured labor under penal sanctions; and (2) reports such a determination to Congress and the public,” the bill read.

Earlier this month, a report by a panel of London-based lawyers and human rights experts said that many of those detained in Xinjiang was “tortured for no reason”. The torture methods included “pulling off fingernails; beating with sticks; detaining in ‘tiger chairs’ where feet and hands were locked in position for hours or days without break; confined in containers up to the neck in cold water and detained in cages so small that standing or lying was impossible." In the addendum, instances of rapes, deliberate starvation, solitary confinement, and sleep deprivation were also cited.