Algeria recalled its ambassador to France for consultation over controversial statements of French President Emmanuel Macron on Algerian history and politics. 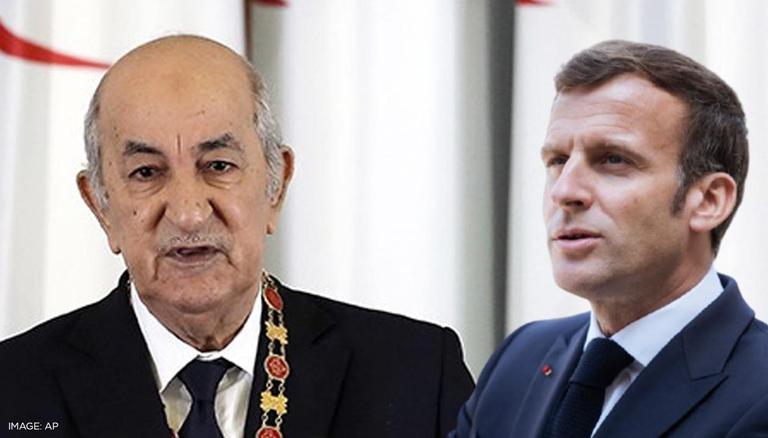 
Algeria on Saturday, 2 October, recalled its ambassador to France for consultation over controversial statements of French President Emmanuel Macron on Algerian politics and history. In a Twitter statement, the President’s office called Macron’s statement “irresponsible” and further informed that Algeria has decided to “immediately summon” its ambassador in Paris, Mohamed Antar-Daoud, for consultations. It also claimed that the French President’s remarks were “harmful” to Algerian martyrs who fought for independence from France.

“In the face of this unacceptable situation that these irresponsible statements left behind, the President of the Republic decided to immediately summon Algeria's ambassador to the French Republic for consultations,” the statement read.

In a separate tweet, the Algerian Presidency said no one or anything can forgive the colonial forces and their crimes, especially the October 17 massacres in Paris. It even added that following Macron’s remarks, Algeria expresses its “categorical rejection of inadmissible interference in its internal affairs”. It went on to slam France’s “countless colonial crimes” in Algeria that correspond to “genocide” and crimes against humanity. The Algerian Presidency added that these crimes “should not be the subject of manipulation of facts and interpretations that lessen their ugliness”. 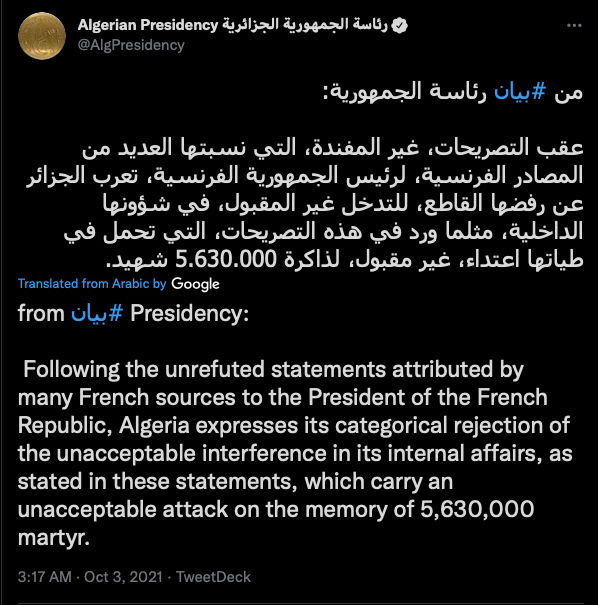 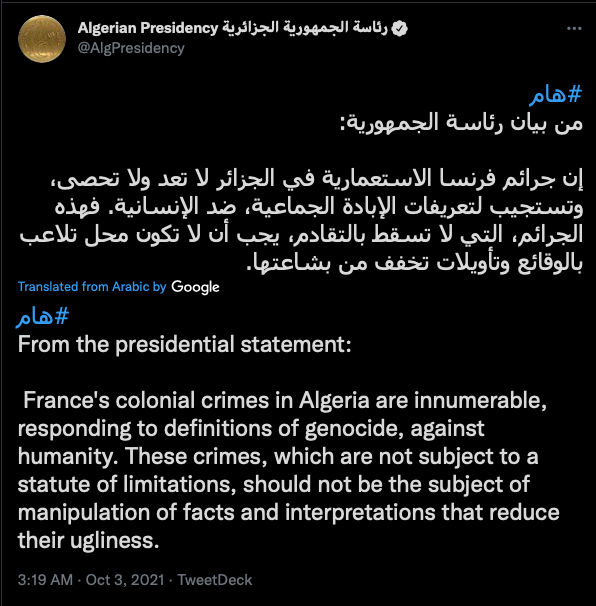 Meanwhile, French media outlet Le Monde had quoted Macron as saying that Algeria was ruled by a “political-military system”. He had said that the former French colony has an “official history” which has been “totally re-written”. He even said this history was “not based on truths” but on a “discourse of hatred toward France”.

This comes amid a visa spat that also involves Morocco and Tunisia. Earlier this week, the Algerian authorities summoned the French ambassador Francois Goyette 'to notify him of a formal protest following the unilateral decision of the French Government”. The decision came amidst the fray between the French government and the North African nations over the latter's refusal to grant consular passes to accept some of their own nationals. The announcement made by France's government spokesperson Gabriel Attal has drawn much angst from the citizens of the countries mentioned above and their respective admins.