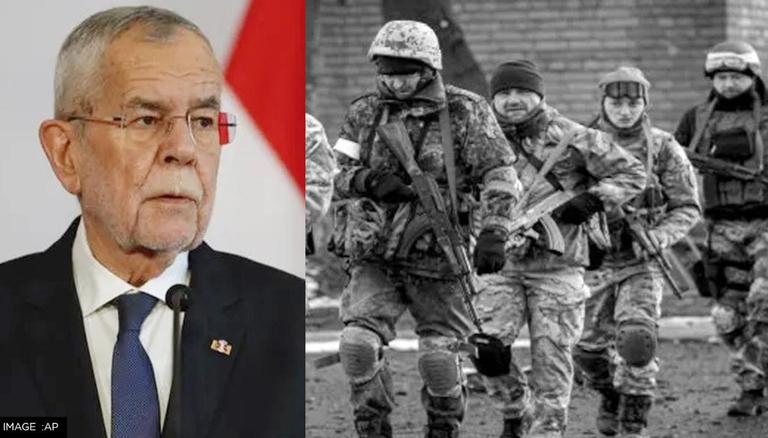 
The director of Austria's security and intelligence service (DSN), Omar Haijawi-Pirchner warned about the country's people fighting in the ongoing war in Ukraine. He stated that although very few Austrian citizens are involved in the war, their return to the nation poses a potential "security risk." Earlier on Thursday, July 28, the DSN chief claimed that only a small double digits number of citizens participated in the war against Russia. "Anyone who has lived through violence poses a risk when he returns," Haijawi-Pirchner claimed, RT News reported citing Austrian daily Kronen Zeitung.

The DSN chief further stated that the counterintelligence service has also made efforts to prevent terrorists or organised criminal groups from obtaining the armaments that the West is supplying to Ukraine. Haijawi-Pirchner went on to claim that internal security will be affected by the COVID-19 outbreak and the turmoil in Ukraine, which, among other things, have escalated the inflation in the country. “Right-wing extremism is being strengthened, among other things, by the war in Ukraine. Islamist terrorism is gaining prominence again," he remarked.

Austria's security and intelligence service chief also warned that the country might also face riots due to the probable energy crisis in the coming days. "As of now, we do not see any riots on the streets. But the hatred on the Internet has clearly increased. Every crisis means that despair for some people can first turn into verbal actions and then even into violence," Haijawi-Pirchner told Kronen Zeitung. His remarks came while responding to a query about whether the security agency anticipates riots in the near future.

It is pertinent to mention here that the ongoing war between Russia and Ukraine has been continuing for well over five months now. The delegations of both countries have also held several rounds of peace negotiations, however, they have failed to produce desired results so far. Meanwhile, the Russian Defence Ministry has stated that foreign mercenaries in Ukraine are not fighters and will face criminal charges. It also claimed that mercenaries wish to leave Ukraine due to the severe casualties inflicted during the course of the war, but the Kyiv regime has not allowed them to do so.