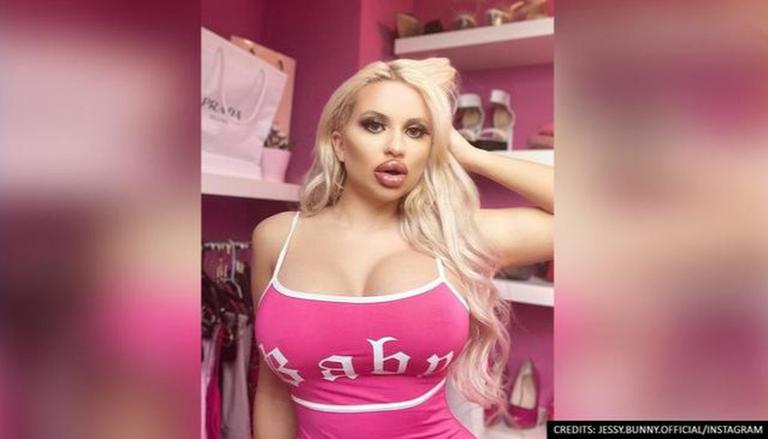 
In our lifetime, we come across many individuals who have various interests, yet we witness a few of them who are willing to go to any length to pursue it. One such incident has been resurfaced on social media when the photographs of an Austrian lady went viral. The woman created a buzz as she wanted to appear like a Barbie doll. The woman was ambitious enough to spend millions of dollars on several operations in order to get her desired appearance.

More about woman who wants to look like Barbie doll

The name of the woman is Jessy Bunny and was born in a remote region of Germany. since her childhood, her parents used to advise her not to wear a lot of cosmetics or lipstick. Yet, on the other hand, from a very young age, she has enjoyed wearing makeup or lipsticks, as she always wanted to look good. She wanted to go to Austria and moved there as soon as she graduated from high school in 2019. Until this age, Jessy preferred dressing up as a youngster. At the age of 18, she spent about six lakh rupees on breast enlargement surgery and that was the beginning of her journey.

Jessy had never regretted spending that much money on plastic surgery. She claims that since the operation, she has gained confidence. Jessy explained that as she wanted to appear like other girls, her parents did not approve it, thus she went to another location after schooling to do so. She went on to say that she enjoyed it when people noticed her following her breast enlargement surgery. The Austrian woman then chose to dress up as Barbie Doll. According to the Sun, Jessy stated that currently, she wants to transform her body into a complete Barbie doll physique.

How much she has spent on plastic surgery

In August 2020, she underwent another breast enhancement operation that cost her six lakh rupees. She also spent over Rs 2 lakh on lip fillers and more than Rs 1.5 lakh on Botox. Jessy even invested Rs 2 lakh on the cheeks and chin area, and over Rs 6 lakh on liposuction surgery. The woman now has the appearance of a bimbo Barbie from an adult cartoon and she dresses similarly like that. Currently, Jessy is doing pornographic films for adult membership sites.