In a bid to curb skyrocketing graph of COVID-19 infections, the French government has mandated a 'health pass' for nearly two million workers in the country. 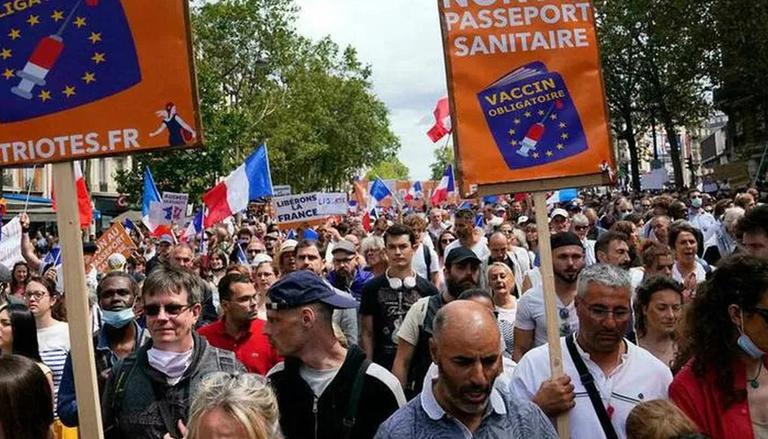 
In a bid to curb the skyrocketing graph of COVID-19 infections, the French government has mandated a 'health pass' for nearly two million workers in the country. The 'health pass' known as pass sanitaire will be compulsory for the group of workers who work in cafés, cinemas and on public transport. The approval of the law has triggered mass protests and political tensions across the French capital and adjacent states.

As per reports by France24, under the new measure every staff of restaurants, cafés, theatres, and all employees of the public transport are mandated to carry the health pass. Additionally, the announcement also directed that only those who show proof of complete vaccination or negative test for the coronavirus in at least 72 hours will be entitled to receive a pass. As per reports, the health pass is a government strategy to promote vaccination against COVID-19. Furthermore, French citizens are also required to carry a health pass in order to dine at eateries, leisure, or recreational centers.

On Friday, August 27, President Emmanuel Macron-led government also sanctioned a bill that mandated a health pass for all domestic travels. The law also mandated proof of vaccination for admission into places that had 50 or more people. Last but not the least, the law also directed all health workers to get vaccinated by September 15 in order to avoid consequences like suspension. As per reports, the pass will be deemed mandatory for the age group 12 and older starting from September 30. 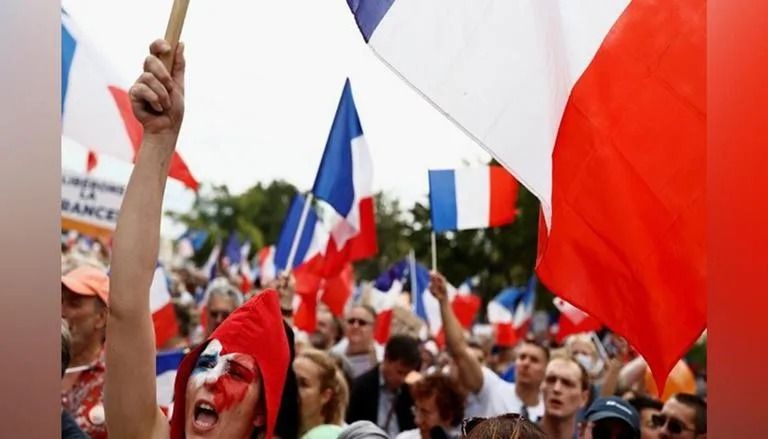 French parliament's decision to vitalise health pass has triggered mass protest across the French capital. As per reports, thousands of people took to the streets to oppose the decision of the pass. Approximately 1,60,000 people rallies across the streets all over France on Saturday, August 28. Photos and videos surfaced on the internet with protestors yelling "liberty" and displaying placards with strong commentsts against the rule. Similar protests occurred earlier this month and in July, when demonstrators painted swastikas and graffiti with words like 'collaborator', 'Nazi', and 'genocide' across inoculation centers and outdoor testing facilities at medical clinics.

France has been logging a high number of infections about 22,000 each day since last month. Within August 16 to 29, the country recorded a total of 2,71,453 taking the overall tally to 67.4lakh cases. While more than 40 million or 60% of the people are fully inoculated in the country, over 47 million people have received their first jab.